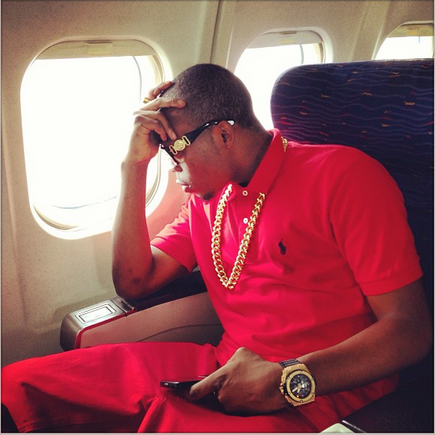 Earlier today the kidnap story of popular Lagos-based rapper Olamide Adedeji went viral with many copy-bloggers sharing the same story on how heavily armed gunmen kidnapped the rapper at gunpoint on his way to a video shoot on Thursday.

The unverified report claimed that the kidnappers took Olamide away in his car this afternoon. The rapper has responded in disaffirmation.  See his response on IG below:

“Our attention has just been drawn to an information presently circulratin gin social media, alleging te kidnap of YBNL Boss Olamide Adedeji Badoo. To set the record straight Mr Olamide Adedeji was not kidnapped by anybody or his car snatched, he’s presently hail and hearty and going about his normal business. We however implore anybody or group of people peddling such callous, irresponsible and unfounded stories to desist from such as we will not hesitate to take appropriate legal action against anybody doing such to cause panic. Thank you fo ryour continual support of your Badooo. Signed YBNL”

Continue Reading
You may also like...
Related Topics:kidnapped, olumide