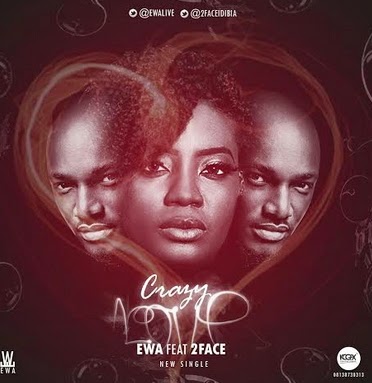 Nigerian hip hop artiste 2face Idibia is not a happy man at the moment after an attempt made by a singer to copy his unreleased song.

Currently being circulated on the Internet, the song, which was composed and sang by one Ewa, purportedly features Tuface Idibia.

Listen to the music below

After Tubaba released a length warning message last week, the singer through her representative admitted to an online publication that she stole the song and Tuface was never in the studio with her. She went ahead to also reveal that the part were his voice was actually heard was fixed in by her producer.

Read what 2face said about the copyright infringement below:

“This odious and fraudulent act is not only condemnable, but it is an assault to the integrity of the entertainment industry, which thrives on creativity and hard work. In particular, the act is an infringement of Tuface’s right under the Copyright Act Cap C28, LFN 2004 and we shall employ the full force of law to enforce the breach of his reproduction, publishing, performance, communication rights which have been breached.”

The statement further stated that any person who performs or causes the song to be performed “shall also be guilty of infringement under the Copyright Act and we shall not hesitate to bring the full weight of law to bear on the person.”

Tuface Idibia has threatened to sue the lady.

Continue Reading
You may also like...
Related Topics:2face, could this be love, crazy love, ewa, singer, song, steal