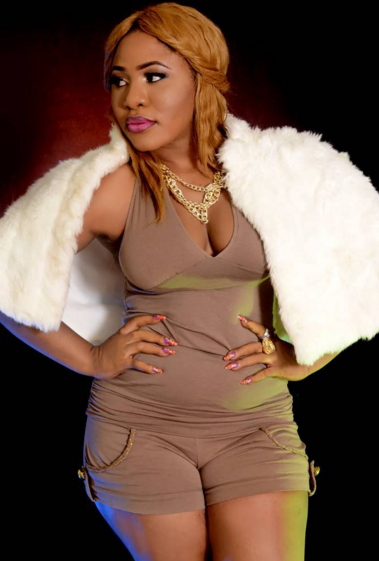 I read up some report about you dating a former governor of your state, Governor Gabriel Suswan. Is it true or false?

He attended my event in my state, Benue, some years back. After my performance on stage, which was very good, he was overwhelmed and said that the last time he watched this kind of performance was in South Africa.

He couldn’t believe that such talent came out from Benue State and at such a tender age. In fact in giving that speech, he took over the microphone from the MC during the launch, did it by himself and stayed to the end of that event and that was all. After that, tongues started wagging.

After the event, there was no other thing between us and I travelled back to Lagos. I have not even had the opportunity to be with him on a personal note. People just kept talking trash that since my father is neither a governor nor commissioner, why would a whole governor do MC at my event.

They just don’t know that these things come with grace, we are spiritual beings. For him to have come to my occasion, it means God is already with me and hard work is paying.

It is not right when someone is trying to come up, people will manufacture gossip to pull them down. If you are female, people will always want to hit on you and pull your morale down but I just have to ignore them and keep strong.

What is the naughtiest thing you have ever done?
The craziest thing that have ever happened to me was while performing on stage, a fan came up and just kissed me and I have never met him before then.