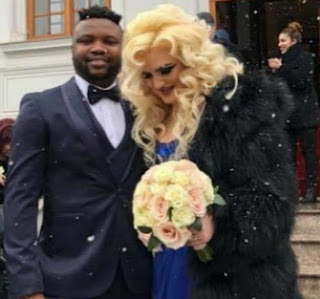 The Europe-based Big Boy who hails from Lagos married the daughter of Romania’s richest woman in a private wedding ceremony that held in Bucharest recently.

Samuel is the owner of Sam Club, the first Night Club permitted to operate in Bucharest.

Here are some photos from their private wedding ceremony. 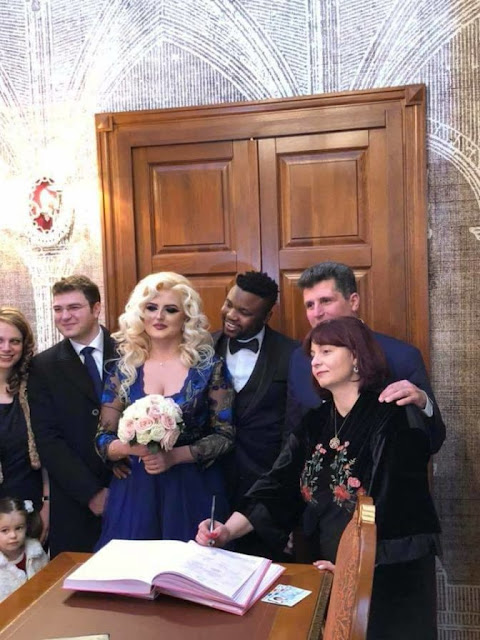 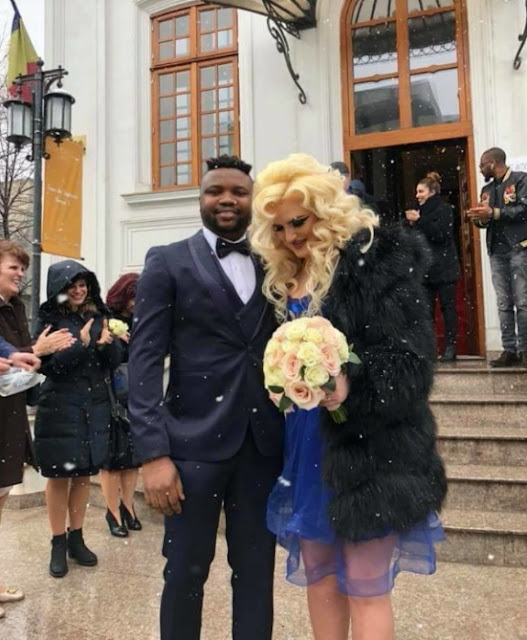 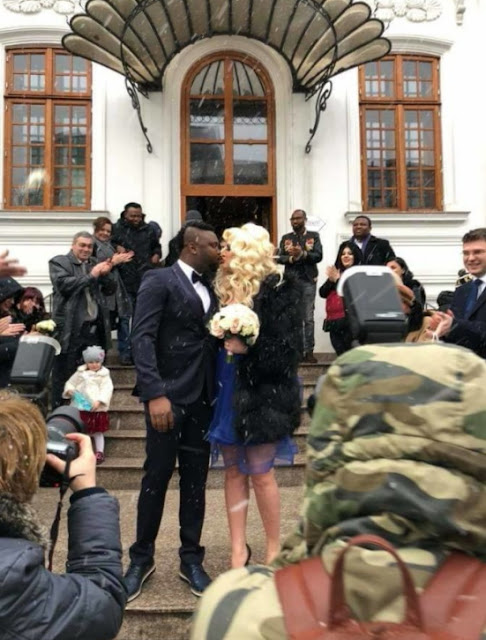 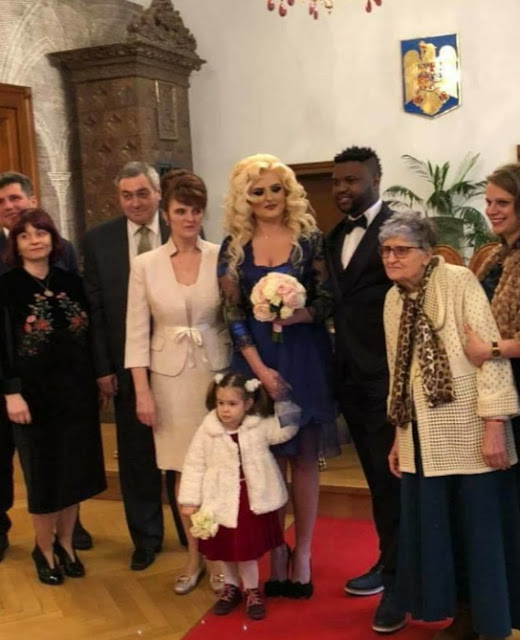 According to fillers, Afolabi was in a relationship with another lady before he relocated to Romania.

His then girlfriend has reportedly relocated to the US.

Why is our Oyinbo wife not smiling… e be like say na him force am. Na wa..