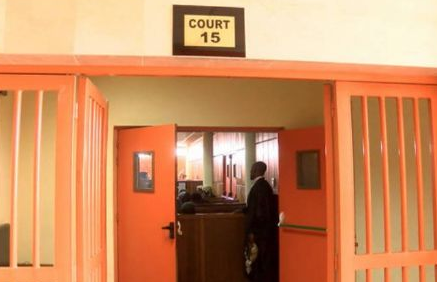 A randy soldier arrested back in 2014 for allegedly raping a married woman to death has been found guilty of rape and culpable homicide.

The 30-year-old Lance Corporal reportedly attacked a married woman, Binta Usman Kadede on the 27th of March 2014 in Dei Dei area of Abuja.

The court case that has been ongoing for while came to a conclusive end recently after Justice Adepoju, the Chief Magistrates of an Abuja court sentenced the convict to death by hanging.

In a desperate bid to free himself from the death sentence, Lance Corporal Oge Etudo said he was innocent of the charges.

Etudo had this to say: