Maryam Elisha, the founder of Rikaotobyme is just about to lose all her customers as Nigerians have vowed to mess her up until she apologise to Lawrentta, a Benin bride she disappointed on the eve of her wedding.

Her problem started when because of huge money offered to her by Mercy Aigbe, sold her client’s wedding dress to the movie star.

To make matter worse, she reportedly sent a used red dress she sow for a client last year to the bride in order to cover up her many lies.

She has since ban her old followers and disable comments on her page as many angry Nigerians and old customers she had disappointed in the past formed a coalition to crash her business.

See some of their comments below 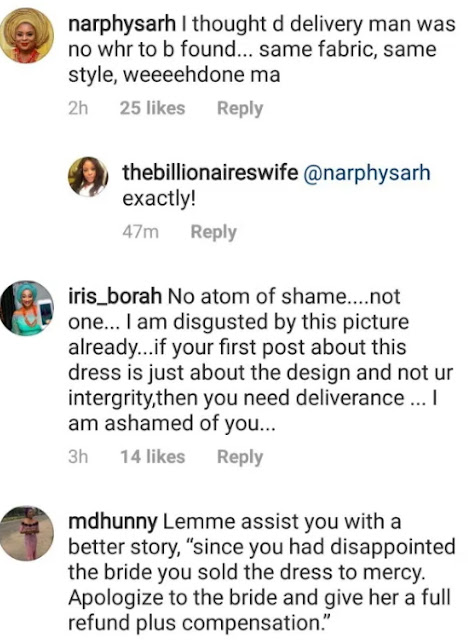 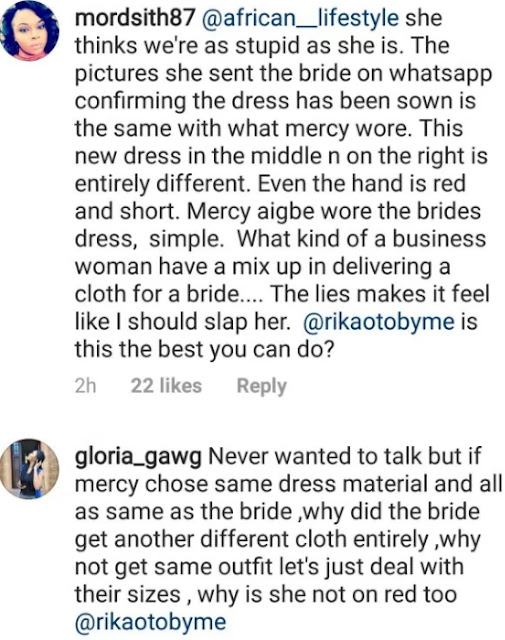 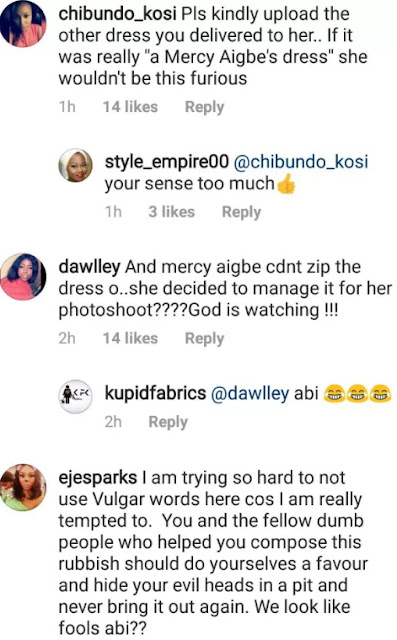 Here is the old dress from last year in a battered state, Maryam allegedly sent to Lawrentta on the eve of her wedding. 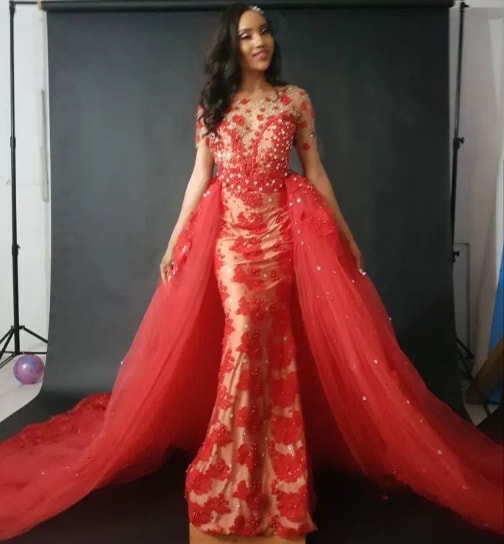 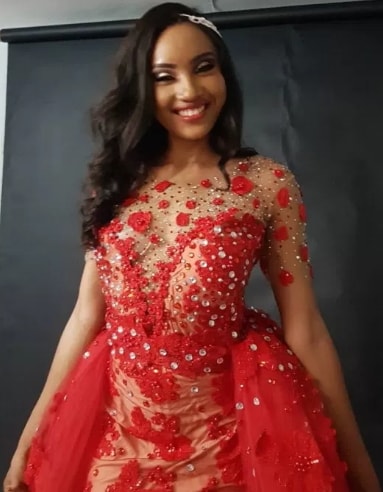 Ooops!!! So much drama on one red dress, all for a birthday photoshoot.