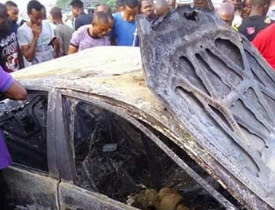 Three citizens lost their lives in the wee hours of today Thursday the 4th of January 2018 as controversial Garrison Roundabout in Port Harcourt opens to the public.

According to eyewitnesses, a taxi driver taking some passengers to an unknown location lost control of the vehicle and hit the concrete slab of the Garrison before catching fire.

All the occupants of the vehicle were burnt to death around 5:30 am today. 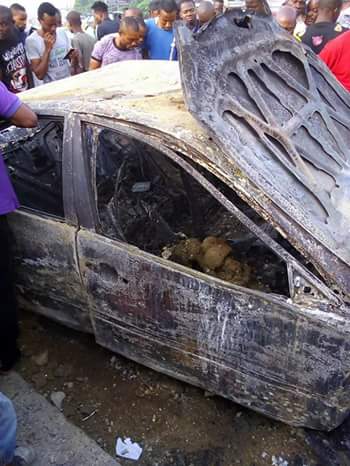 Commuters and motorists who attempted to rescue the occupants could not do much as the car occupants had already died as at the time our reporters reached the scene of the lone crash.