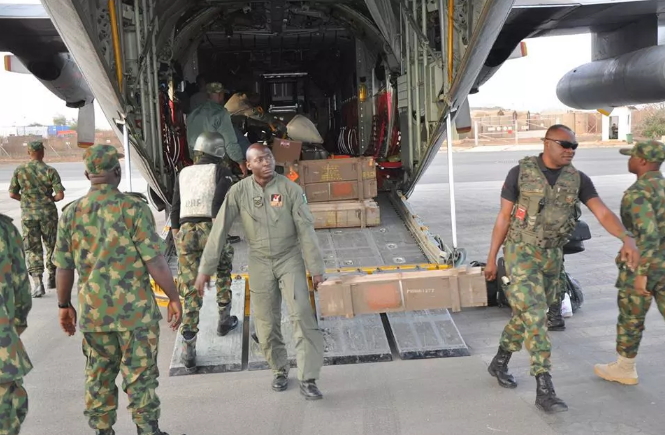 A military source said there are fears that the former leader may use the secret armoury to hurt the Barrow administration.

Daily Sun authoritatively gathered that the armoury of The Gambian Armed Forces has been completely taken over by troops of the Nigerian Army for security reasons.

It was also gathered that the Army headquarters have deployed over 1,500, soldiers to The Gambia as part of the Economic Community of West African States Military Intervention in The Gambia (ECOMIG)

Troops of the Navy and NAF, who departed the country on January 19, 2017 are returning home having completed their own part of the assignment. It was learnt that the air and waterways had been certified to be safe, hence, the return of Naval and Air Force officers in the country..

For now, sources say, only the Army will be required as ground forces to take care of the situation there. “However, should the Army call for the services of the NAF, the authorities would not hesitate to deploy them in the shortest possible notice,” the source said.

The Director, Defence Information, Brigadier-General Abubakar Rabe, who confirmed the return of Navy and Air Force personnel, said they have been redeployed, having completed their mission in The Gambia.

Rabe noted that military decision on troops deployed in The Gambia was solely that of the ECOWAS Heads and Government.

He said: “Since we have stabilised the place and what we went there for has been achieved, I believe there won’t be any serious need for anybody to remain.”

Pastor Rescued While Attempting To Hang Himself Inside Police Cell In Osun
Mercy Aigbe: My Mother Beats Me A Lot Because I Was Stubborn