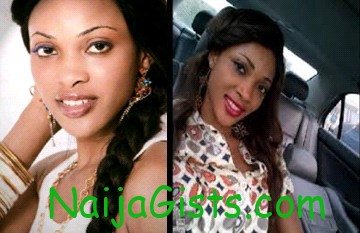 The search for a young business woman, Cynthia Akuzogwu Udoka from Nasarawa who was declared missing since the 24th of July, 2012 ended miserably when her corpse was discovered over the weekend at a mortuary in Lagos State Nigeria. naijagists.com

Investigations revealed that Cynthia Akuzogwu Udoka was murdered by her Facebook friends in a hotel in Festac, Lagos Nigeria.

We learnt the 24 year old woman traveled to Lagos to purchased the stock for her boutique in Nasarawa.

Weeks before her death, Cynthia had been chatting with her new friends on Facebook and during their conversations, she developed loyal friendship with some young men who where are also University students.

The guys seemed normal and offered to host Cynthia whenever she visits Lagos. Her friends paid for her plane ticket and hotel fare and even picked her up from the airport to one hotel in Festac Lagos.

On getting to the hotel, they tied her up, robbed her of the money she brought to shop for her boutique and strangled her to death.

The men quickly rushed out of the hotel and removed Cynthia from their Facebook friends to avoid any connection to her murder.

The hotel management who later found her lifeless body deposited her body at a Lagos mortuary. Since her IDs and mobile phone have been stolen, there is no way they could contact her family members.

The hope of her safe return by her family members was dashed when they discovered her corpse at the morgue over the weekend.

The hotel CCTV camera helped in locating her killers.

After their arrest, the gang who specializes in luring unsuspecting young women and robbing them of their possessions before killing them confessed Cynthia is their 6th victim.

The pharmacist who supplied the drugs they used on Cynthia and the hotel staff have all been arrested.

“Six people were arrested on Sunday over the incident and investigations are ongoing”.

Cynthia Akuzogwu Udoka is one of Nigeria’s numerous social media generation girls (with Blackberry and a Facebook account), this unfortunately led to her death.

No mater how bored you are, you should learn to stop making friends with people you do not know on Facebook or other social networks.