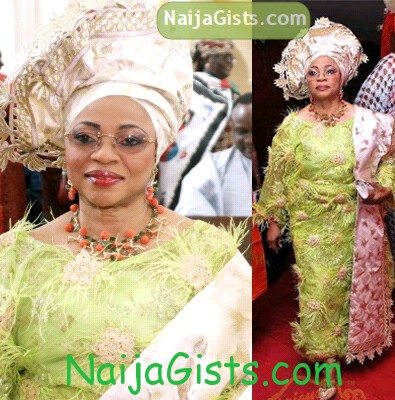 Do you remember the story of a Nigerian oil billionaire, Mrs Folorunsho Alakija who was named the richest woman in Africa in Forbes latest report? If you missed it, read it here

In the previous report, her estimated net worth was $600 million (around 94 million naira).

Mrs Folorunsho Alakija has beat Oprah with a new estimated net worth of $3.3 billion.

In the report, Mrs Folorunsho Alakija‘s real estate properties worth over 100 million USD. She recently bought an additional property at One Hyde Park for a whopping 102 million USD.

Additionally, the oil billionaire is one of the owners of private jet in Nigeria.

With all of the above assets, Folorunsho Alakija has been named the richest black woman in the world.

She has replaced Oprah Winfrey who currently worths $2.7 billion.

Folorunsho Alakija is the executive vice chairman of Famfa Oil & Gas limited based in Nigeria and the founder of Rose of Sharon foundation that caters to needs of Orphans and widows.