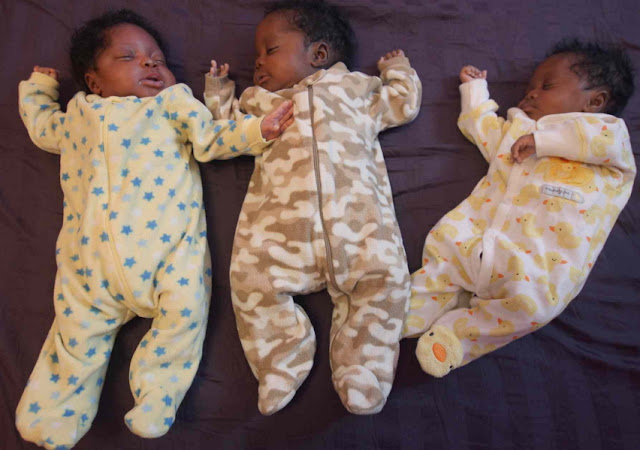 A pregnant Nigerian woman who fled Nigeria with her daughters to escape FGM (Female Genital Mutilation) has been granted refugee status in Canada.

According to CBC.ca, the woman’s father-in-law had insisted that the woman’s first daughter must undergo FGM when she was just a few months old. That procedure almost led to the death of the baby.

To avoid the same from happening to her other children, the woman who is currently pregnant with triplets sought refuge outside the shores of the country.

CBC quoted a lawyer, Bashir Khan, who assisted the woman in obtaining a refugee status in Canada as saying, the woman was forced into vehicle and driven to a rural area where she couldn’t bear to stay and watch while her first daughter was forcibly mutilated.

FGM, also known as female circumcision, involves removing all or part of the clitoris as well as, often, the labia to make young girls appear “more virginal.”

In the case of the woman’s first daughter, “they cut off too much of her clitoris, and she nearly died from the infection,” said Khan.

When she became pregnant with triplets – all female – the woman was told she could have the procedure done on the babies when they were born or abort them, Khan added.

Instead, she fled Nigeria, and arrived in Canada in November 2015, when she was 29 weeks pregnant.

“It was pretty hard for her to get refugee status,” said Khan.

She was assigned Khan as a lawyer by legal aid, who assembled the documents for her refugee status claim.

But in January, Khan uncovered a letter alleging the woman was involved in FGM and thereby aggravated assault on her first daughter.

“The minister’s consul – that is the minister of citizenship and immigration here in Winnipeg — wrote a scathing four-page letter calling my client a bad mother and saying my client should not be able to make a refugee claim,” said Khan. “Statistics tell us that ministerial interventions in the last few years have skyrocketed in the past few years.”

Khan said there was no evidence that that had taken place.

“That was something that sat uncomfortably with me, my client and the board member who heard the case,” he said.

Khan called the statements disturbing and traumatising for his client.

“This is a horrible cultural practice. The purpose of FGM is to discourage sexual promiscuity and to promote chastity,” said Khan. “Parents subject their daughters to FGM based on the social belief that a young woman who refuses to undergo this will have difficulty in labour or will be unfaithful to her husband.”

On June 30, after picking up her kids from school and daycare, “thugs” outside her home attacked the vehicle she was in and shattered the car window. Their driver fled and F.O. called her husband. Rather than calling police and further enraging his father, he told F.O. to take the kids and hide at her aunt’s place in Abuja. F.O. said thugs later showed up there when no one but the housemaid was home. F.O. and her husband decided she needed to go someplace far away that’s safe.

An agent in Abuja advised her to go to Canada because it has the “best refugee protection system,” and to Winnipeg because he has a contact at a church there who would help her, F.O. said. In December, her three healthy baby girls were born in Winnipeg. She’s applying for permanent resident status and for her husband and two older children to join them.

“This is the best start to a year,” said F.O.’s immigration lawyer, Bashir Khan. “To be able to help her through this and to stay in safety feels wonderful. This is what I studied to do.”

On Monday, after taking the triplets out into the cold for checkups, F.O. said the bite of a Winnipeg winter is bearable when the alternative in Nigeria is so much worse.

Nollywood Actress Kehinde Bankole Under Fire For Sharing Photos Of A Beautiful Nigerian Girl
Don’t Give Up! There Is Always A Way Out Of Every Problem Life Throws At You