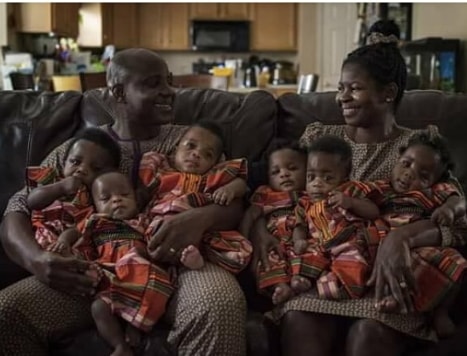 The Nigerian couple who became an internet sensation after welcoming a set of sextuplets in the US last year have marked the first year anniversary of their miraculous delivery.

The couple Ajibola and Adeboye Taiwo welcomed their miracle babies(3 boys and 3 girls) after 17 years of marriage at VCU Medical Center in Richmond Virginia.

The miracle babies born on the 11th of May 2017 became history makers as it was the first time sextuplets were born at the hospital.

40 team of medical experts delivered the babies at 30 weeks by C-section.

The couple who had tried to conceive a child for nearly two decades were overwhelmed with joy when they saw their babies. 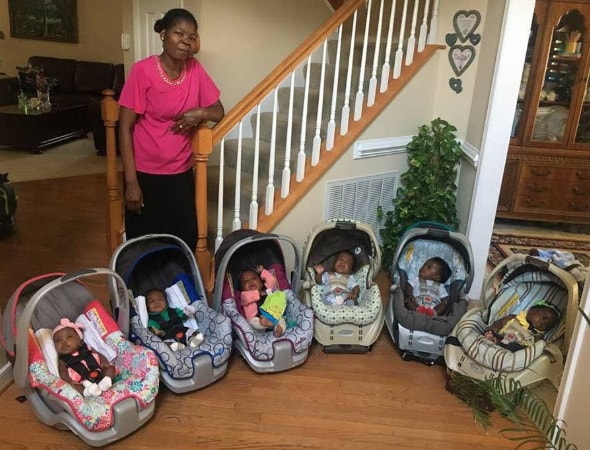 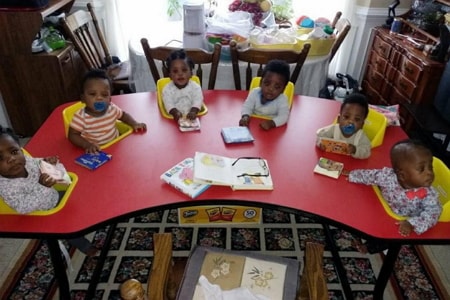 How Charly Boy “Impregnated” Linda Ikeji By Word Of Mouth
How Tiwa Savage, Banky W & 4 Others Joined Nollywood To Supplement Their Income