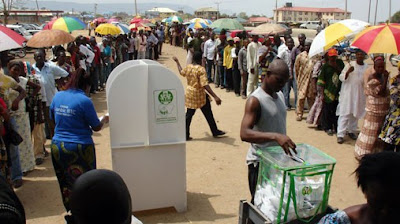 TO : The President Barack Obama

Thru: HE James F. Entwistle

Sir: This is to thank the President of the United States of America, President Barack Obama and other national governments like United Kingdom, France, Canada, China, Israel, among others, currently assisting Nigeria to BringBackOurGirls.

While thanking you and other national governments for the overwhelming support aimed at the safe rescue of our girls, we want to implore you to also assist us to fight corruption in Nigeria with the same zeal and dedication you have displayed in efforts to help BringBackOurGirlsAlive.

This has become necessary in our country because if this is not done now, very soon, the world may need to rally fresh support for Nigeria to quell another evil to be unleashed by the rising incidence of corruption in our country. Evidence abounds that the insecurity and insurgency pervading our country today is due largely to corruption and outright diversion of scarce national resources by unscrupulous government officials.

We know that we have one of the best security forces in the world who are well capable to secure the country but for the corruption in government that has prevented them from getting all that is required to remain highly capacitated.

The irony of the situation is that the present administration is doing everything to shield corrupt officials rather than prosecute them to serve as a deterrent to others.

For instance, while the government reluctantly fired a minister after allegedly purchasing two BMW bullet-proof cars at the sum of N255 million, the Minister of Petroleum Resources, Mrs. Diezani Alison-Madueke, alleged to have squandered N10billion to hire private jets in two years and under whose watch, the Nigerian National Petroleum Corporation (NNPC) has allegedly failed to remit $20billion to the Federation Account, has been allowed to carry on with impunity.

Nigerians would be glad if world leaders, as colleagues of our President, can ask him whether it is because Diezani is from Bayelsa State that he is reluctant to sack or suspend her, over sundry allegations against her. If the President sacked a minister for spending N255 million on two cars, why can’t he sack another minister who allegedly spent N10billion to hire private jets and who has failed to explain the whereabouts of the alleged unremitted $20billion to the Federation Account by the NNPC?

Moreover, the President said he suspended Sanusi to allow for unfettered investigation into allegations against him as CBN Governor but has failed to replicate the same action against Diezani who is alleged to have spent N10billion to hire private jets, an amount enough to purchase a new jet for the NNPC.

The President has also refused to suspend Diezani, to allow the Forensic Auditors commissioned by the government, free hand to investigate the circumstances surrounding the missing $20billion. Added to this, is the fact that the NNPC, whose board Diezani chairs, has been indicted for monumental corruption by various reports like NEITI, KPMG, Aiboje Aig-Imhokhuede, Nuhu Ribadu and Farouk Lawan reports.

The missing $20billion is one case Nigerians would want world leaders to support our government to trace and recover because while the CBN Governor is under suspension for blowing the whistle, those who should be called to account for the money have been left to continue to conduct government business without any whiff of moral rectitude.

We want the world to know that ever since Mr. President told a bewildered nation that “I don’t give a damn” on a media chat that was televised live, his cabinet ministers like Diezani do not also “give a damn” despite the public outcry against her activities.

These are part of the reasons why we recently wrote to the Secretary-General of the OPEC to suspend Diezani as the alternate president of the OPEC until all the allegations against her are satisfactorily investigated and appropriate sanctions meted where necessary.

We also want to use this opportunity to urge world leaders to prevail on the OPEC leadership to accede to our request, during its 165th (Ordinary) OPEC Meeting in Vienna, Austria, on 11th June 2014, to relieve Diezani of her present position in the organization until all pending reports and investigations into her activities are concluded and necessary actions taken, where necessary, to redress the situation by our government.

We believe this action would stop these government officials and members of their families, who hide under the guise of seeking medical attention and educational services abroad, to seek medical attention in health facilities they have refused to fund and educate their children in educational institutions they have allowed to go comatose in Nigeria. It is on record that when the former President of South Africa, Dr. Nelson Mandela, was sick, he was treated in South Africa. Therefore, we want our leaders to also access medical treatment in Nigeria whenever they are sick.

Today, it is no secret that some government officials entrusted with public funds, meant for the provision of infrastructure, educational services, healthcare delivery and the general welfare of the people, divert such monies for their personal aggrandizement.

It is no secret that some Nigerian government officials, today own some of the best mansions in your countries. Where did they get the money, when some of them came into government without any evidence of aristocratic lifestyles?

We want you to help us fight corruption because that is the only way Nigeria can have capacity to fight terrorism now and in the future.

We want to also use this opportunity to appeal to USA and other national governments to support Nigeria to conduct credible, free and fair elections in 2015, just like it was recently done in India.