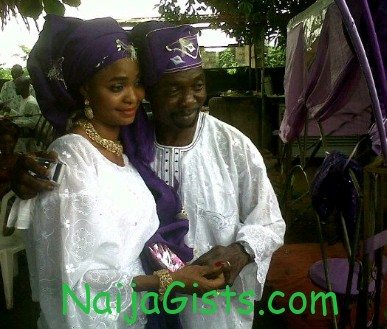 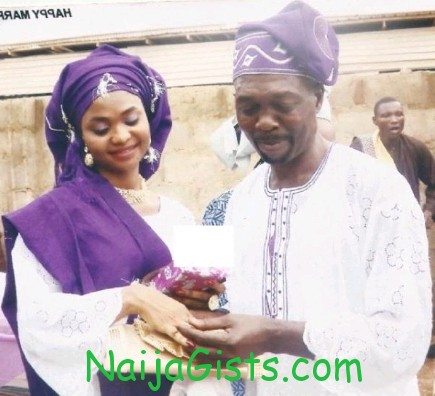 Few months ago 53-year-old Ajigijaga wasn’t taken seriously when he sent out his wedding invitations to family and friends.

While some accused him of late wedding others claim it’s too early for a man of his caliber.

As fate will have,  Ajigijaga who obviously meant business walked down the aisle with 26-year-old Taiwo Hassan on the 24th of November, 2012 in Sango Ota, Lagos.

Few days to the wedding, people kept wandering why 26-year-old Taiwo Hassan should marry a man of his father’s age but the lady didn’t worry about what people are saying.

Yoruba actor Ajigijaga who already has two children with his other wife said this is his first legal marriage.

Here is what the actor said in a recent interview:

Though I have other children from my former wife whom  I did not actually marry legally, my new wife means the whole world to  me. This is my first time of getting married in life. I love her and she  loves me, that is all that counts. It`s about love, not age.” 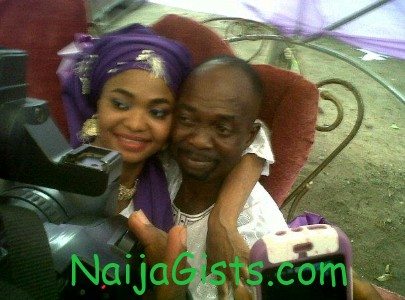 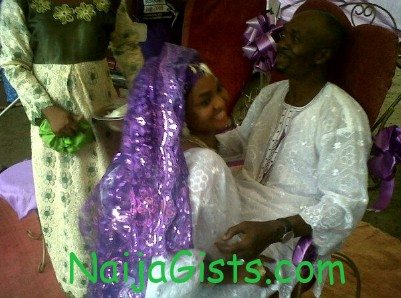