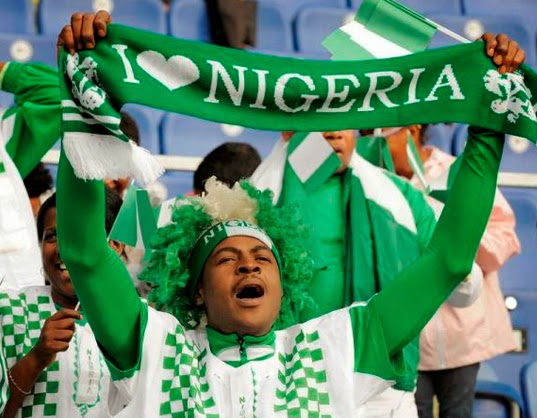 March 17, 2014 – Nigerians Are Good People , Our Leaders Are Turning A Few To Criminals By Sunny Ikhioya

NIGERIANS are a good people – no matter what the critics say. They are law abiding, hard working and obedient. That is the true characterisation of the average Nigerian man, amongst our various ethnic groups.

This was the situation, until the White man introduced extreme deviancy into our culture – armed robbery, pen robbery,drugs, lust for money, betrayal, looting and so on.

Recently, the Ogun State government announced a programme for land/ house owners in the state, giving them opportunities to legally own their properties at very discounted rates and without recourse to bureaucratic bottlenecks. A lot of these houses have been built decades ago, many without approved building and survey plans. The response from the people was overwhelming, so much so that the government had to extend the date for registration by another one month.

If the government had attempted this programme about two years ago, I am very sure the response would have been, at best, lukewarm. What has given the impetus is the massive reconstruction works going on across various towns and cities in Ogun State – from Sango Ota to Ijoko, Lambe, Akute, Abeokuta and the rest.

Many of the towns listed here have not enjoyed government presence for as long as one could remember. It was so bad that people coming to Ijoko from Agbado had to do an Israelite journey through the Abeokuta express toll gate, through Sango Ota. For those who are not familiar with the description that I have given here, it is like a 360 degrees journey, very draining, both physically and financially.

Now, construction works have started, despite the massive destruction of properties along the right of way; the people are happy because such project will bring benefits to the greatest number of people, compared to the few displaced ones. Unfortunately, most of the properties that faced demolition lacked genuine papers, and therefore, not properly compensated. That is why the opportunity offered now, to regularise particulars, must not be missed.

The people have rushed to register their properties because they perceive in the present government, a genuine intention to reduce the burden of transportation affecting all the neighbouring towns. We cannot over flog the values of good roads to the development of a place.

The Sango Ota roads, people thought would take a considerable amount of time to complete, are nearing completion. The benefits are so obvious that you can see hope on the faces of the people.

If the programme was not people oriented, there is no way it would have gotten the support of the people. All of the border towns with Lagos that fall under Ogun State jurisdiction had no government presence, apart from the local government touts, that usually mount road blocks to extort money from smugglers and drivers of company vehicles.

What am I trying to say? You do not need the use of force or propaganda to get the people to approve and support your programmes; show them through performance. I am sure that the rating of Amosun has gone up amongst the residents of the areas and if elections are to be called up today, he will get rewarded, despite the many challenges facing him from his fellow APC colleagues in Ogun State.

Some of our leaders in government will continue to complain about inadequate funding. My response: Use the little you have, even the much talked about security vote, to make a positive impact and the people will be happy with you. Chris Ngige proved, when he was governor of Anambra State, that it is not the amount that is allocated to a state government that determines their development performances, but the prudent and focused use of resources. This has been replicated in Oshiomhole’s Edo State. Edo State allocation from the Federal Government is very little compared to the big oil states like Delta, Rivers, Bayelsa and Akwa Ibom. But in terms of visible development, you will rate Edo State very high. This is a state that did not witness any tangible project on ground during the eight years of Igbinedion’s rule. I am not saying that Ngige and Oshiomhole are saints, but they ruled with conscience.

Serve the people and you will get their support. When Tinubu came in as governor of Lagos State, the challenge of Lagos filth was so overwhelming. When Tinubu tried to belittle Marwa’s contribution to Lagos State development, the critical Lagos press directed him to face what is on ground and forget about Marwa.

Tinubu went to work, got the job done and embarked on major road reconstructions which were visible for all to see. As he did so, he mounted road signs telling the people that their paid tax is at work. The people believed because they saw action on ground; income from tax improved tremendously, so much so that Lagos was able to hold their own when Obasanjo attempted to stifle them by with holding their allocation from the federation account.

Fashola built on Tinubu’s foundation and today in Lagos, people do not have to be cajoled to pay their taxes. In fact, they do it happily. That is the beauty of service; the ordinary Nigerian will support you as long as you are adding value to their lives, not deceit.

The government agencies are all used to cheating the people, even those of them that have been privatised like the various successors to PHCN.

They want to count their chicks before they are hatched. Give people service, they will support you. Work seriously for power to be stable and let the people enjoy it uninterrupted for only three months, you will see their response. The power companies must first concentrate on giving service, the market is huge. Whatever they are losing in the interim will be recouped on the long run.

When the people enjoy a service, they are ready to pay. It happened in telecommunications, it will also happen with power and other government-owned or privatised corporations as long as they offer service.

The average Nigerian is a good man. Let our leaders not turn us to criminals.

Continue Reading
You may also like...
Related Topics:good, Nigerians, people