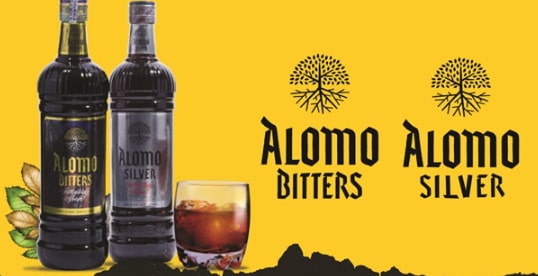 Alomo Bitters, a herbal alcoholic drink produced by Kasapreko Ltd., a Ghanaian-owned company based in Ghana, sold 13.9 million bottles in the Nigerian market in 2018.

The drink, which is mostly taken by men to enhance their sexual performance and virility, is also acclaimed to have plants and herbs that are good for blood circulation, with anti-malaria and anti-fever properties. The sales representative said that Alomo Bitters’ popularity and high demand led to counterfeiting of the product which halted the company’s proposal of establishing a $50 million plant in Nigeria.

However, some medical experts caution that bitters generally should be consumed moderately as some of the health claims are untrue. The experts warned that bitters could end up damaging one’s health. Dr David Ajoh said that the National Agency for Food and Drug Administration and Control (NAFDAC) would not approve bitters that had not been tested.

He warned people against taking bitters not certified by NAFDAC. Also, Mrs Bukola Smith, a Nutritionist, said people should be careful with drinking bitters as majority were not hygienically packaged and not certified.

“Most bitter brands are not safe. Some have high alcohol content and can be dangerous to one’s health,” Smith said.

Seyi Law: How Marriage Crash Instagram Hoax Increased My Followers Base By Over 3000 In 24 Hours
The ‘Oprah Winfrey Of Nigeria’ Mo Abudu Shares Latest Success Story