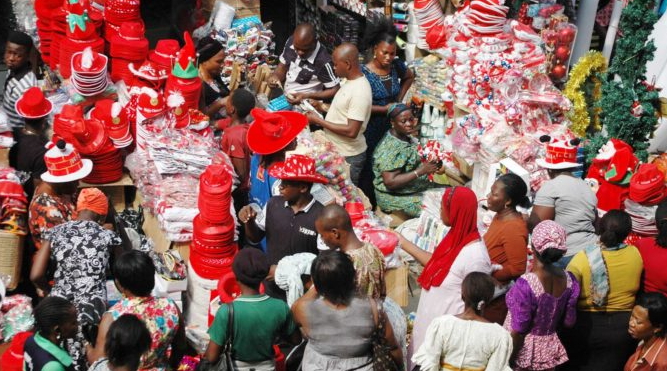 A handful of workers resumed duty today at various ministries of the Federal Secretariat, Abuja after the New Year holiday.

Official activities were still at a low ebb due to the poor turnout of workers at their duty posts.

It will be recalled that the Federal Government declared Monday, December 25, Tuesday, December 26 and Monday, January 1 as public holidays for Christmas, Boxing Day and the New Year.

The commercial activities at the secretariat were equally low, as many traders around the complex had yet to report for business.

Some of the workers, who spoke with NAN, however, expressed optimism that the country would experience a better turnaround in the New Year.

Mr Tony Ihuoha, a civil servant said that it was time for Nigerian workers to rededicate themselves to work for greater productivity.

“If we can work harder to improve on our contributions to national development, Nigeria will be better for it.

He, however, argued that the low turnout of workers could be because many of them who travelled for the holidays had yet to return.

At the phase 3 of the secretariat, including the Ministry of Education, some civil servants were seen treating files and attending to people.

Mrs Dorcas Babatunde, a civil servant, said the holidays had come and gone and it was necessary for workers to be at their duty posts.

Babatunde said that though, work had resumed, full activities had yet to pick up in the offices.

“The year has started on a good note; some workers have resumed work while others are yet to return to office.

“I believe that by Monday, activities would have taken shape at the secretariat.

Miss Chinenye Eze, a recharge card seller said that business was dull as many of her customers had not resumed work.

Eze, who was hopeful that things would get better as soon as many of the workers return, said sales were very low on resumption of work.

Also Mrs Iyabo Agbaje, a food vendor, said it was a normal thing on the resumption of work to experience low sales.

“I have learnt from experience that there would always be a low turnout of workers the first day of work.

“What I did was to cook little food that I know I can finish selling before the close of work, as I have had the experiences of having to throw food away due to low patronage,” she added.

The ever busy car park at the Eagles Square was empty, as few vehicles were parked there.

A car park attendant, Mr Abdul Ilori, described as unimpressive, the resumption of work by civil servants after the New Year holiday.

Ilori admitted that patronage was also low, blaming the situation on the fact that most civil servants had yet to resume.

Continue Reading
You may also like...
Related Topics:festive, mood, Nigerians