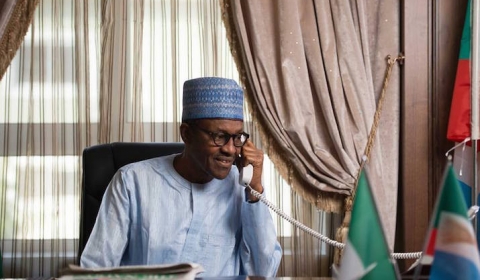 President Mohammadu Buhari has directed all electricity Generation and Distribution Companies to redouble their efforts to ensure uninterrupted power supply to Nigerians during his tenure.

The projects would include building Solar, Biomass and Thermal Plants respectively.

Igali said that the recent increase in power supply was not as a result of rain, as speculated in some quarters, as marginal improvement from Nigeria’s hydro plants cannot be responsible for this feat, but that it was the result of increase in gas supply to the thermal plants, adding that the anti-vandalism campaign was also yielding positive results.

To sustain this trend, the Permanent Secretary said the present administration was determined to look in the direction of renewables, hence greater emphasis will be placed on solar energy source.
He reasoned that with clusters of solar plants built across the country, technical losses occasioned by haulage of energy over long distances will be reduced, as this renewable source can be deplored effectively. Captive Power in embedded manner will also be available to Discos at the distribution levels.

He commended the companies for working with the Ministry and government in the development of mini power generation and micro grid, insisting that all these efforts will translate into power stability and reliability.

Ambassador Igali announced that the Transmission Company of Nigeria was working on those critical corridors that would enhance the nation’s transmission capacity to be able to evacuate all energy produced now that more gas will be available to the thermal plants.