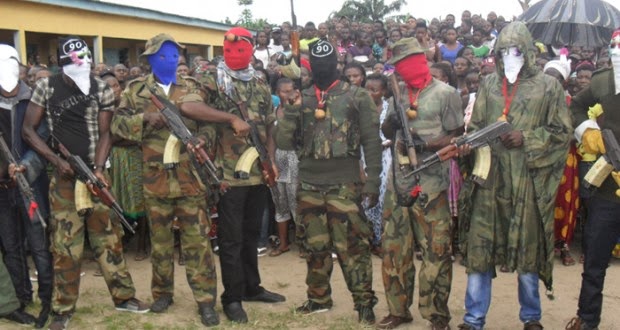 Kelvin Oburuvbe who allegedly masterminded the abduction of human rights lawyer, Chief Mike Ozekhome and many others was arrested by a JTF team of the DSS and soldiers in Port Harcourt, Rivers State Nigeria.

An operative of the Edo State office of the DSS who was involved in the operation, who however did not want his name mentioned for official reasons, said it was a combined operation by operatives of the Department in Abuja, Benin and Port Harcourt offices, with support from operatives of the Nigerian Army.

“It was a combined operation led by our men from the headquarters office in Abuja. They came with our newly acquired tracking vehicle equipped with devices that can track phone calls to the very point where they are being made from.

“We in Benin joined them and tracked the calls to Port Harcourt. And of course we had to inform Rivers State who gave us permission and support. We then tracked the guy to his hideout where we eventually got him and another person arrested and taken to Abuja.

“So, you can see that he was neither arrested in Effurun in Delta State nor in Benin. We were only involved in the operation as men on ground who know the terrain,” the source said.

Mike Ozekhome, his driver and an APC chieftain, Athansius Ugbome, were on Friday, 23 August, forcefully abducted at Ehor town, located along Benin-Auchi expressway, Edo state, during which four policemen who attempted to rescue them lost their lives. Ozekhome, a Senior Advocate of Nigeria, was, however, released three weeks after his abduction.