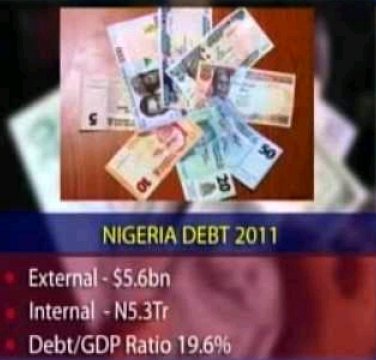 In an interview with journalists in London, Maku said: “ If you compare that to our foreign reserves and our economic capacity, there is no problem as far as the country’s external debt is concerned.’’ 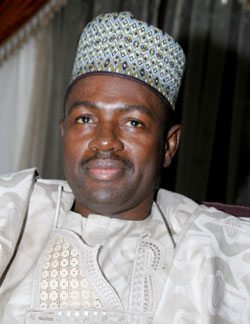 Maku, who noted that most developed and developing nations were not free from debt, however, conceded that debts should not be allowed to overwhelm the country’s capacity to pay back.

He stressed that in the last 13 years of Nigeria’s democracy, the country had been able to exit the debt trap.

Maku recalled that at a point in time, the country owed the Paris Club of creditors about 35 billion U.S. dollars, adding that the country was, nonetheless, able to pay off a substantial part of its external debt.

“What led to the huge debt was that the money borrowed was used for things that were not productive,” he said.

The minister stressed that the “new’’ debts owed by the government are being used to revamp the country’s infrastructure such as the railways and the power plants.

“These debts are private-sector loans, guaranteed by government, because the loans are given out at lower interest rates,’’ he said.

Maku said that for instance, the Chinese Nexim Bank was currently negotiating a loan to build modern rail tracks in Nigeria.

“They (Chinese) are already building one railway track between Kaduna and Abuja. Also, work has commenced on the railway line linking Lagos through Ibadan to Ilorin and Minna, while linking up with the one from Abuja to Kano,’’ he said.

“These are private sector projects that will develop the economy,’’ the Europe Correspondent of the News Agency of Nigeria (NAN) quotes Maku as saying.

The minister expressed optimism that the “private sector’’ debts would propel the growth of the economy.

On the housing sector, Maku admitted that there was a huge gap existing in Nigeria’s housing delivery programme, stressing that the Federal Government recently unveiled a new housing policy for the country.

“There is currently a systematic institution and there are policies which emphasise private-sector driven mortgage institutions that will work with the government in creating credit facilities to enable Nigerians to have long-term housing loans from mortgage companies,’’ he said.

Maku, nonetheless, said that there were currently no proper mortgage finance systems in the country, adding that this was one of the major factors inhibiting the growth of the housing sector.

He noted that the previous practice in which the government was building houses for the people was counterproductive because of inadequate resources.

He, however, expressed optimism that with efficient mortgage companies, contributions from banks and the National Pensions Fund; a stable financial system for housing delivery could be put in place.

Maku said that this would enable the people to obtain long-term housing loans with low interests, adding that plans were also underway to build more houses across the country, in partnership with private mortgage companies.(pmnews)