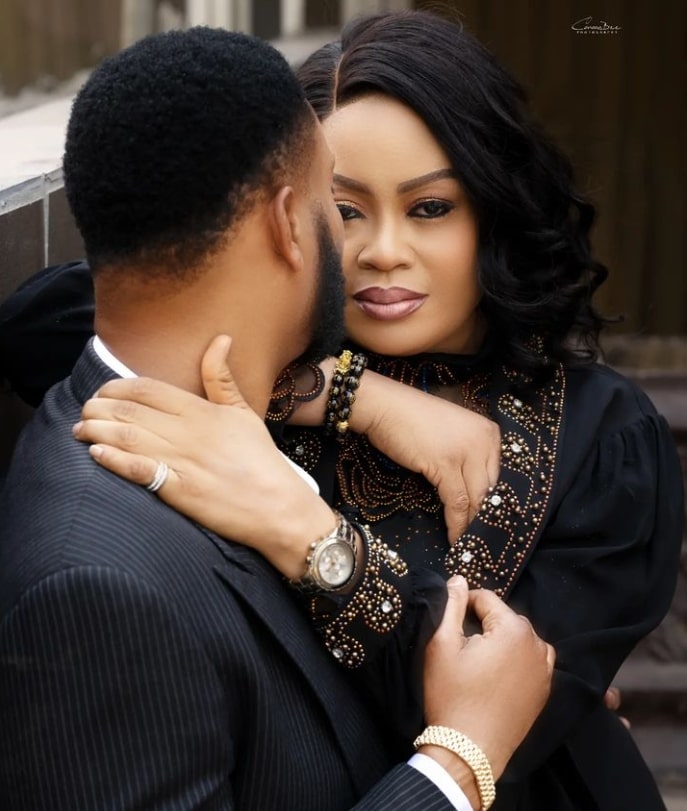 After many years of being single as a result of a failed marriage, Nollywood actress Nkiru Sylvanus has found love again.

The actress married her Japan based husband, Riches Sammy few days ago in a star studded wedding ceremony that held in Enugu state.

The couple have been together for about five years and the actress has been fronting for his business in Nigeria. Sammy is a YouTuber, actor and entrepreneur.

He runs a vibrant YouTube channel and also has his hands in the night life business. The actor has featured in many action related movies about crime and depression in Japanese Television dramas and movies. 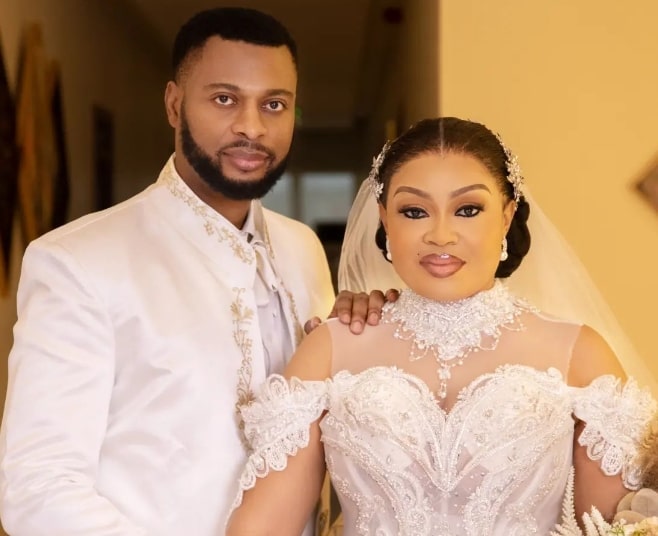 Some of the movies he has acted in include, ‘Dance with the Police’, ‘Death is an End’ and ‘Black Lives Matter’. His interest in night life business led to the birth of a Japanese joint, H2 International Bar and Restaurants. The spot offers football viewings, karaoke and clubbing experiences to its clients. He replicated the business in Enugu State where the actress fronts for him as the brand ambassador of the business and influencer.

Known as 7th Planet International Ltd, a restaurant and bar located in a housing estate in Enugu State. The center also doubles as an amusement park and game center. The building house a unisex salon and also offers live entertainment.

Sammy is also a sports lover. He played for the England team in the Japan Rugby World Cup TV Promo in 2019.