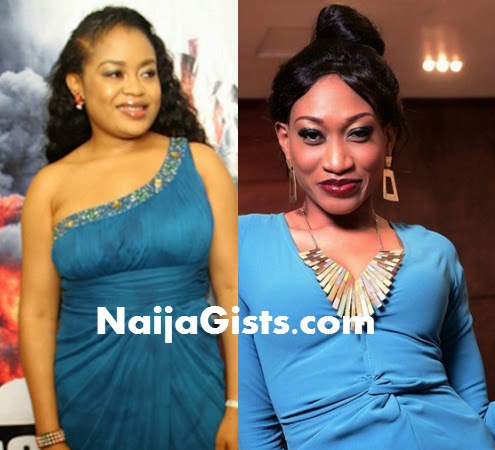 Last week a story went round the net that a popular Nollywood actress is about to marry her colleague’s ex-husband.

Well it has been confirmed that the lady in question is Nkiru Sylvanus.

A couple of years back, Oge Okoye reportedly snatched Amsterdam-based Stanley Duru from Nkiru Sylvanus and married him.

Mr Duru dumped Nkiru while they were planning their marriage and took off with Oge Okoye to Amsterdam where they lived until Oge Okoye conceived. She delivered a baby boy then.

Few years later, she took in and delivered a baby girl.

Oge Okoye’s marriage hit a dead end over 2 years ago when she reportedly had an affair with her husband’s best friend in Berlin, a move that forced her husband to call off the marriage.

As we speak, Oge Okoye has been dumped by her husband and has returned to the love of his life, Miss Nkiru Sylvanus who is now a political appointee under Rochas Okorochas’ administration.

According to fillers in the entertainment industry, Nkiru and Stanley did their traditional wedding this past Saturday in a private setting.

Though she didn’t make it known to fans, Oge Okoye’s wedding crashed in late 2012.

During the time he met Oge Okoye, Stanley Duru was dating a Dutch lady named Barbara who delivered a baby girl named Uchechi Olivia for him. He is now a father of three.

Another Nollywood actress getting married to her colleague’s ex-husband soon is Iyabo Ojo..Will give you the full gist shortly.