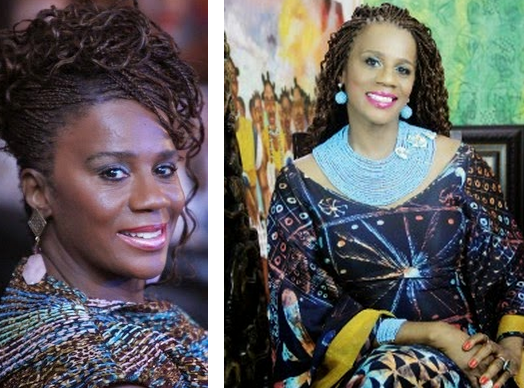 The wife of Juju legend King Sunny Ade, Queen Ahneva has come open to defend her husband who has plenty wives and many concubines.

In a recent interview, Ahneva said no African man has one wife.

She said despite fights from wives, many married African men still have mistresses. Read what she told Vgr few hours ago:

“Once you see any man, you see polygamy. No African man has one wife. I don’t care if he’s an indigenous African American or African Caribbean, it’s in their nature to spread love across and to have more than one woman they love.

“Polygamy only puts a stamp on it to make legal. Most men have a wife, a mistress and a concubine. So, in a way, polygamy is every where in Africa and all over the world.”

Queen Ahneva is an American-born Fashion designer, a former concubine of King Sunny Ade who has now become his wife.

Do you agree with her?