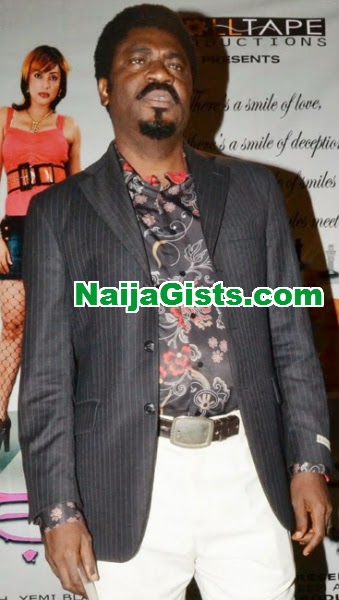 In a recent chat with a Lagos Soft sell magazine, the father of two said he took a break from acting because of pirates milking the industry dry. He however promised to do more stage play and film directing.

Let’s be a little private, what’s really going on concerning your marriage to your nurse lover? Not much is heard about you again as a couple, why?

I was at Abeokuta during All Progressives Congress (APC) presidential campaign. I was beside Buhari when he answered a similar question. He just told the crowd that not moving around with his wife is what his wife wants. He said his wife wants to be quiet. And that’s exactly what my wife also wants. I don’t want to be discussing our relationship on the pages of newspapers or magazines again.

Has she given you any child since you married her?

I have two children already. One before I met her and one from her. She had a child for me about eight years ago but my first born is in London. Now, we’re expecting one more from God.

Is she pregnant now?

I don’t want to talk about that.

But we learnt she suffered miscarriage recently, how true is that?

She actually had a miscarriage recently but we have put that behind us. Although, it’s a painful experience, we can’t query God. We believe He will surely give us another baby.