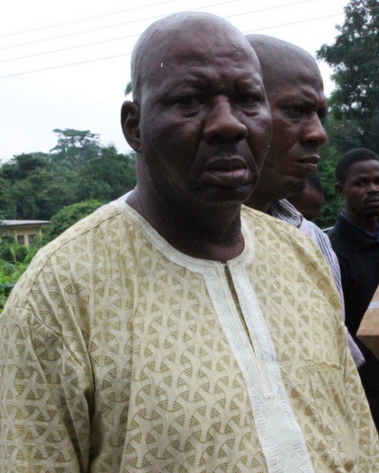 2 years ago, a Lagos High Court Judge, Justice Yetunde Idowu ordered the NDLEA to pay the sum of N25m to Baba Suwe for illegally keeping him in detention over suspicion of hard drug ingestion.

Not satisfied with the verdict, the agency appealed against it at the Lagos Court of Appeal. The appellate court set aside the judgment on the pretext that the money awarded to the actor by the lower court was excessive.

Baba Suwe kicked against the court’s verdict and led by his lawyer, the late Bamidele Aturu, he decided to head for the Supreme Court. Unfortunately, the lawyer gave up the ghost before the notice of appeal could come up at the apex court.

Asked if the matter has been finally sorted out or if he is still interested in pressing charges against the anti-drug agency, Baba Suwe says, “I have decided to leave the matter in the hands of God. Only God can judge between me and the agency.”

He notes that since the death of his lawyer, he has not been not been paid a kobo from the money awarded to him.