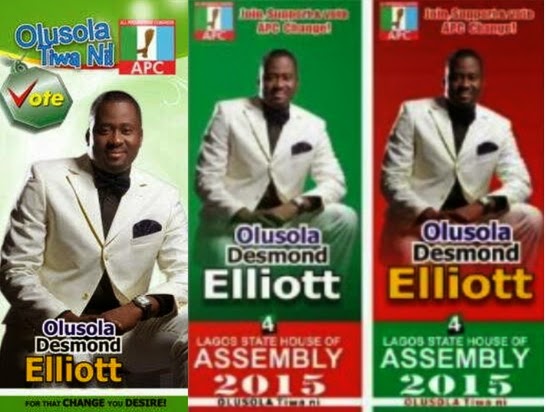 This year alone three popular Nollywood celebrities have joined the campaign trail for House Of Assembly.

As Kate Henshaw plans to run for Cross Rivers State (Calabar Precisely),  Desmond Elliot has started his campaign in Lagos State while Bob Manuel Udokwu is running for House of representatives in Anambra state.

Desmond Elliot has suddenly added Olusola to his name in order to associate with the majority of Lagosians who are of Yoruba descent.

His political campaign posters have been circulating the web like wildfire since it came out last night.

He plans to run on All Progressives Congress Political Party platform 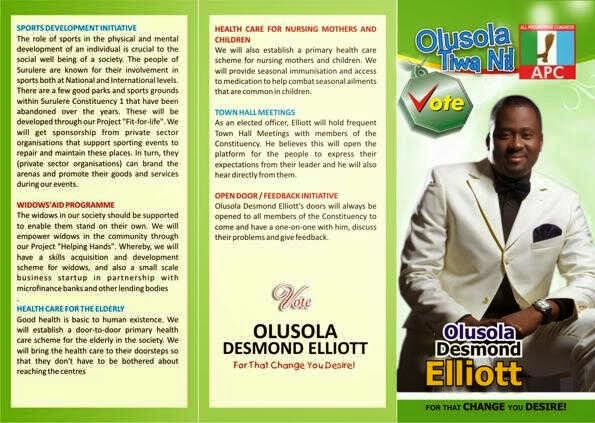 Smart people they too wan chop in our national cake… who no like better things..