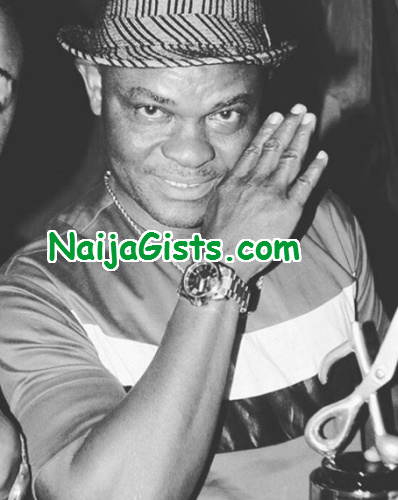 December 6, 2015 – Nigerian Actor Francis Odega: I Married My Wife 11 Years Ago, I Didn’t Abandon My Daughter

I have been married for 11 years now; you can see that my wife is with me here. I can say God has a hand in my marital life.

How do you cope with female fans and admirers?

Since people love what I do they would want to come around to take pictures or sign autographs, which I think is fine. You should embrace them because without these people you are nothing, but there are times they do things out of place and I try to caution them politely. You have no reasons to ignore your fans; you should always appreciate them. 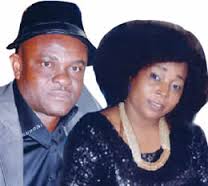 I am sure you read a report that you abandoned your child and the mother; what actually went wrong?

Many newspapers reported it and they now know that nothing went wrong. I didn’t abandon my child; we were so young then, if you understand what I mean. Right now, everything is in place and I have my daughter with me. I know what journalists are capable of. Nobody interviewed me to that effect and I know who broke the story, but that is by the way. He never consulted or interviewed me. I didn’t know how to react to it; I just took it the way it came. Sometimes people say that negative publicity is better than no publicity. It even brought me into limelight more forcefully because people began to talk about it and I received many calls as a result. I also know that there’ve been many negative reports or news about other celebrities too, so I didn’t take it as a big deal.