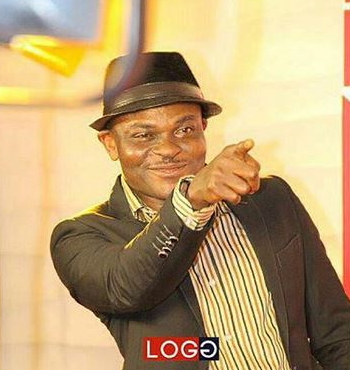 Francis Odega recently opened up that the viral “Gerara Here” video has brought him money and fame after it was uploaded by a friend on Instagram.

Speaking in an exclusive interview with Punch, he said, “I am pleasantly surprised that just one scene from a movie, which I starred in three years ago, has suddenly brought me so much attention and fame.”

The three-part movie, titled Welcome to South, Back from South and Agony of South was shot in South Africa and Nigeria and starred Francis Odega alongside Imeh Bishop andDede One Day.

“I don’t really know why it has taken the movie three years to garner this sort of recognition. I joined Instagram two months ago, after some social media-savvy friends of mine played the Gerara Here video, which was posted on Instagram for me. The number of comments that trailed the post blew me away and I decided to join the platform almost immediately. Within a month, I had 3000 followers and currently have 18,600 fans,” the actor said in respect to the sudden popularity of the video.”

That the video went viral was just a huge part of a cake till American rapper 50 Cent put the icing when he reposted the video on his Instagram page.

According to Odega, “It was an indescribable feeling and I also felt honoured when he began following me on Instagram. Snoop Dogg also followed suit shortly after. Both artistes are obviously huge fans of mine.

The actor who had his debut role in 1996 also added that the instant fame the video has brought him has also translated into more money and jobs for him.“

Etisalat recently made me its ambassador because of the attention I have been receiving. I recently had a photoshoot for the billboards and will shoot the television commercial for the brand very soon. The concept of the billboard adverts revolves around the ‘Gerara Here’ concept,” he said.

He also spoke on the support from his family, the love from his fans and the fact that God,Nkem Owoh and the late Sam Loco have inspired him greatly in a career that spans two decades.