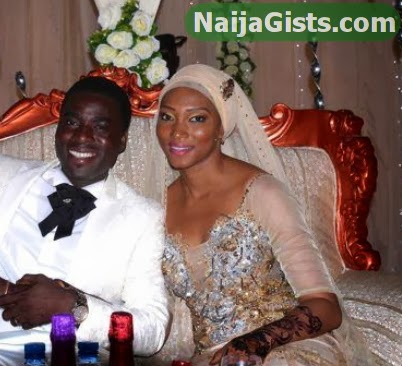 Last year April, the wedding ceremony of star actor Ibrahim Chatta and his wealthy fiancee, Salamatu Lafiaji rocks Kwara state with top dignitaries from all over the country in attendance.

As we speak, the marriage has hit the rock. The daughter of ex-Kwara State Governor, Senator Shaaba Lafiaji has moved out of her matrimonial home.

Sources in the know disclosed that Salamatu started having problems in her marriage to Nollywood actor, Ibrahim Chatta, few weeks after their wedding in April last year. Salamatu, who comes from a wealthy home, we gathered, was not too comfortable with the living conditions in Chatta’s home, and this put a strain on the relationship. When hope of improved condition was not visible, she moved out a few weeks ago.

Ibrahim Chatta reportedly left his ex-girlfriend, Yinka Solomon and son for the daughter of the politician because of her wealthy father.

Check out a family photo of Ibrahim and his ex-girlfriend, Yinka Solomon and their son 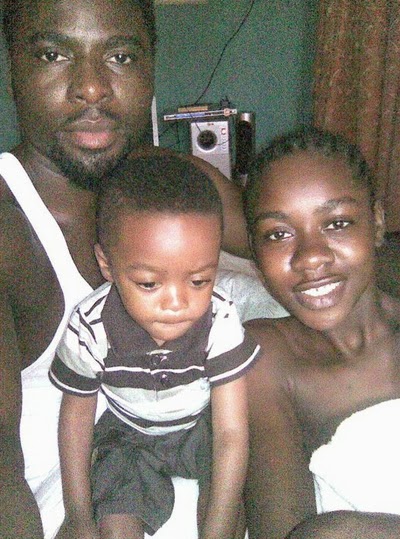 Hear what his ex-girlfriend, Yinka said about him in a recent interview:

“He was a womanizer,a Gold Digger,he collected all the money in my Acct before my eyes was open, when he saw that I didn’t have money again, he started misbehaving, bringing women into the house.”