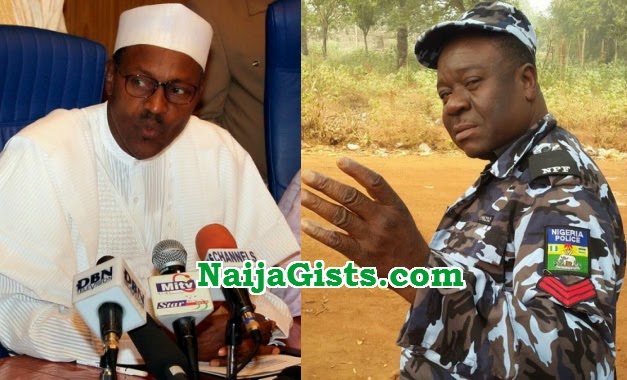 January 23, 2016  – Nigerian Actor John Okafor Mr Ibu To Buhari: It Is Too Early To Fight Corruption

“It is too early to fight this. I would have preferred the government to set their house in order first. Set the administration going,make the people who voted you talk good of you as you are coming in. The corrupt people know themselves. While your good work is going on,you can then start picking them one after the other. Whoever that has offended government knows he or she has done so.

Government should set its house in order first. Let the good things about this administration flow first before the arrests. Let Nigerians talk good of you first, then you can now tell them,there are people who did this and that,that need questioning. But starting with this quarrel,fighting as a new government,I do not think it will help.

Many people are talking about hunger,no money,collapsed businesses among others. They would have first of all laid good foundation about their administration so that people will feel them first. The change should be seen in the peoples’ welfare and every other thing will follow. That’s my own idea.”