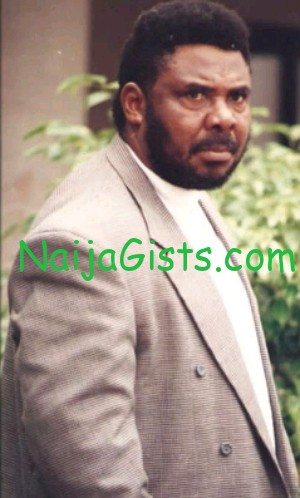 Pete Edochie, one of Nigeria’s most talented and famous actors, is not dead as being speculated online, Actors Guild of Nigeria, AGN, said on Saturday.

AGN president, Ibinabo Fiberesima, was quoted by a Lagos-based newspaper as saying that the 61-year old actor was alive and the report should be disregarded.

Global Associated News, reported on Saturday that the veteran actor died while filming a movie in Kitzbühel, Austria.

But Fiberesima said in a text message: “It is not true at all.”

Born on 7 March 1947, Edochie is a seasoned administrator and broadcaster who came into prominence in the 1980s when he played the lead role of Okonkwo in a Nigerian Television Authority adaptation of Chinua Achebe’s all time bestselling novel, Things Fall Apart.

He became so prominent after the NTA adaptation that the BBC flew into Nigeria to interview him for his role in Things Fall Apart.

Edochie has featured in so many successful movies that the number seems not exhaustive. From ‘Terrible Sins in 2001 to more recent movies such as Secret Pain or Living with Death, Edochie is an A-list actor.

On 16 August, 2009 as he was on his way to an event in the eastern Nigerian State of Anambra, he was kidnapped at Nkpor and later released. [PM]