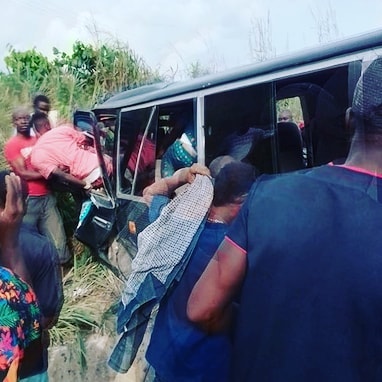 A bus recently donated to the Imo State Chapter of the Actors Guild of Nigeria by Governor Rochas Okorocha was on Thursday involved in a ghastly crash along Onitsha Road in Okija area of Anambra state.

The actors were returning from the burial of AGN President Emeka Rollas’s sister when the vehicle somersaulted and landed in the bush.

Fortunately no life was lot but most people in the coaster bus sustained varying degrees of injuries. 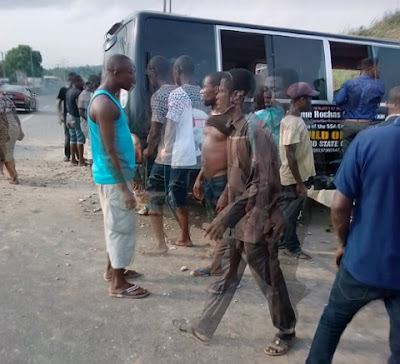 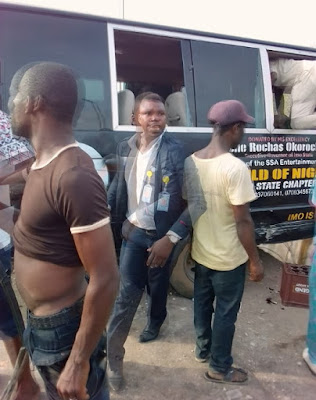 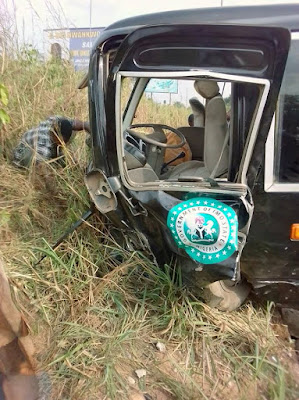 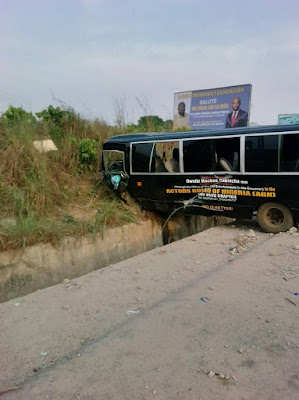 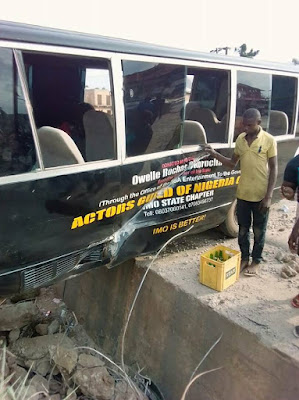 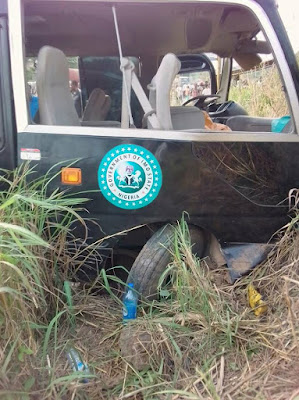