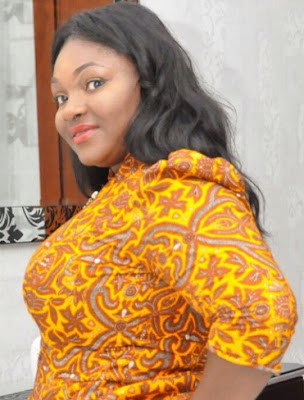 More details have emerged on the story of a popular Nollywood actress, producer who was recently attacked at her home in Lagos.

According to detail information released by Chioma Okoye, a new movie she released on her Online TV platform about the real life story of a couple in Lagos triggered a series of misunderstanding in their home forcing the husband to kick his wife out of their matrimonial home.

The couple identified and as Mr Ezeh and Oge Okazi are now at war shortly after Chioma Okoye released the movie titled “Lagos Men” based on the marital struggle of the Okazis.

Sadly, she also used the real names of the couple and their daughter in the movie.

On Saturday, Oge Okazi mobilized some thugs who stormed the home of Chioma where she was brutally stabbed and beaten to stupor. 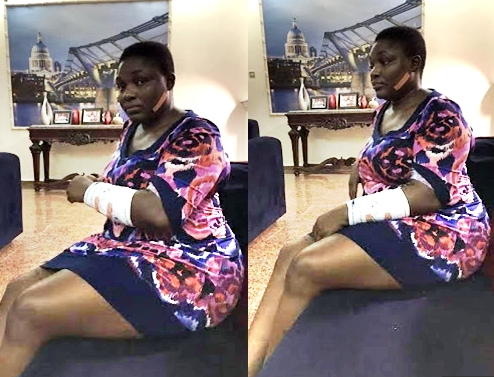 According to the actress, Oge Okazi approached her in 2014, asking her to release a movie on her marital problem however she didn’t authorize her to use the real names of her husband and daughter in the movie.

To Oge Okazi’s surprise, Miss Okoye released the movie which narrated how Oge Okazi’s husband Ezeh molested their daughter Ifeoma and got her pregnant.

Things took an ugly dimension when the movie was released last week.

Oge Okazi who was recently thrown out of her matrimonial home because of Chioma Okoye’s mistake has vowed to kill the actress.

The threat has forced Chioma Okoye to flee from her home.

She has closed down her Facebook and Instagram pages and has fled to her hometown to avoid untimely death.

Chioma said she has contacted her lawyer to file a lawsuit against Mrs Oge Okazi.

Come to think of it, how can Chioma Okoye use real names of her friend’s family in a true life story… This is totally wrong.

Hope she gets out of this trouble soon.