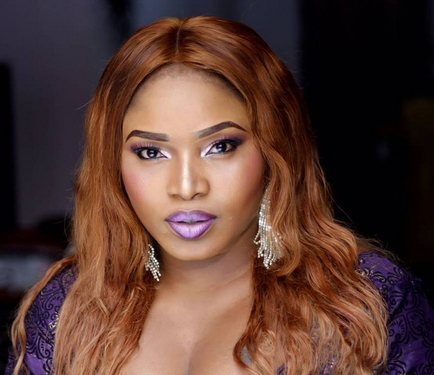 Though young, you have been noted for humanitarian deeds, what drives this passion in you?

Yes, that is the area that appeals to me and that is the area I want to be known for. I just found myself doing it. It came naturally to me to do because I had begged for food and clothes in the past; so I know what it feels like to be deprived in those areas. So giving comes natural to me. We actually need to share so that God will be happy with us.

I grew up in the north. You know in the north, while I was growing up, you just bring out a large plate of food and people sit around it, eat and share from it. People put their hands and eat. That was how I grew up, and it was okay. Lagos is different though. So I have learnt to give. If I do not have this to give, then I have that to give. If I do not have money to give, I have clothes to give and if I do not have clothes to give, then I have food to give. The important thing is that you have shared something with someone in need. You need to share whatever you have except sharing your body (laughs).

You seem to be giving us a different picture about your background here. At least some people had the impression that you come from a privileged background.
Yes, it’s true; I had a privileged background until Savannah bank where my father worked for 26 years was closed down. His money, everything was taken away; without a conscience, they took away our food. Well I thank the bank because they made me a star today!

How did that happen?

I had to find my way into Nollywood and then came down to Lagos to look for job and help my family out of poverty. But if Savannah bank ever comes back, they should be ready to pay back my daddy’s money. He was a manager in the bank for all of 26 years in Kaduna, Katsina, we were going all over the place as he was moved from place to place for his work. Suddenly, Savannah bank was locked up. I was much younger then. I was still in school. I had to leave Katsina with my family. My dad worked at other places after then, but it was in Savannah bank that he had his locked up investment. Now I do not advise people to save money in the bank where they work because anything can happen. Better to spread your money in other banks apart from where you work so that people do not suddenly make your family’s life miserable.

But if your dad was a bank manager for that long, he was really comfortable and would have had some properties…

You mean the house and all such? We had to sell those off to get money. Thank God that we didn’t have to go into prostitution. Again, we were even too young then to know what prostitution was. This kind of thing is what makes good people turn wicked. That’s because we were really affected and I have pains to show for it.

But did your dad ever recover?

Well, he eventually did. And I had to help out too. Now he has a beautiful farm in Lokoja, where he is doing well. That has always been his dream. And my mom is retired. Mom left Kano when my dad left. You know wherever the man goes, his woman has to follow. Right now they are in Lokoja where we have our family home.

You have indeed moved around the north, but where are you from?

I am from Kogi state. And Lokoja is close to our village. I spent the first twenty years of my life in the far north before coming to Lagos.

Who Is Halima Abubakar?

I am not materialistic. I am just a local Igbirra girl who works very hard to polish and establish herself, a part northerner who has been able to catch the attention of not just Africa but the attention of people outside Africa too through Nollywood. When I travel abroad, a lot of people recognise me.

Not in Hollywood because I am not a Hollywood actress, but recognised abroad by those who watch African movies. I have been in America and the United Kingdom to receive awards so without hard work, I wouldn’t have been able to achieve all that. So I am just myself, I am natural; I do not try to please anybody.