Nollywood actress Maureen Ihua has been set free by her abductors.

The seasoned actress who was abducted in Port Harcourt Rivers State on Tuesday regained freedom on Friday the 20th of November 2015. 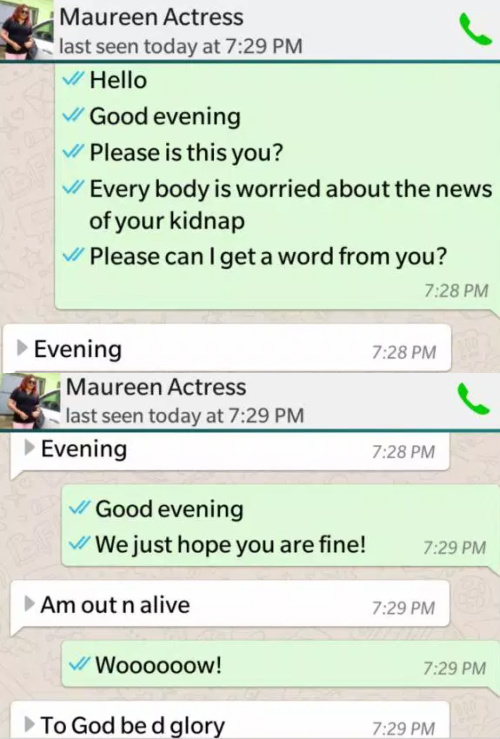 To God be the glory.