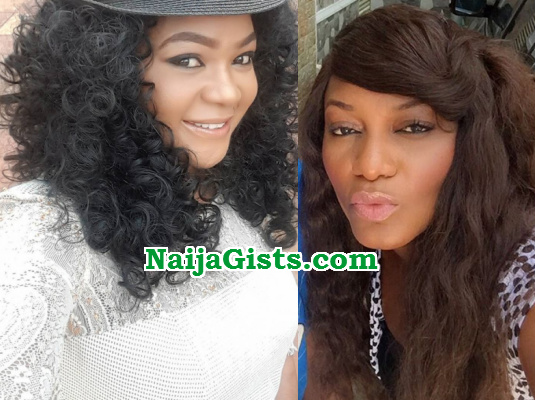 All hell broke loose over the weekend when Nollywood actress Queen Nwokoye stormed a movie set starring herself and Rachel Okonkwo.

Unknown to Queen, the producer picked her to work as a supporting actress to budding actress Rachael Okonkwo.

She reportedly left the set in a hurry, saying she can’t play under the starlet even if they pay her 10 million. Queen Nwokoye hit Rachael Okonkwo hard when she described her as an actress who just got famous ‘last week’.

The producer was said to have left the set to Queen Nwokoye’s place where he reportedly begged her to come back with the hope of using her for the lead role while the starlet plays the supporting role.

The later was said to have been devastated when she heard the news.

She also left the set saying she can’t never act under Queen Nkowoye.

The producer has no option than to replace Racheal Okonkwo with an Enugu-based actress.