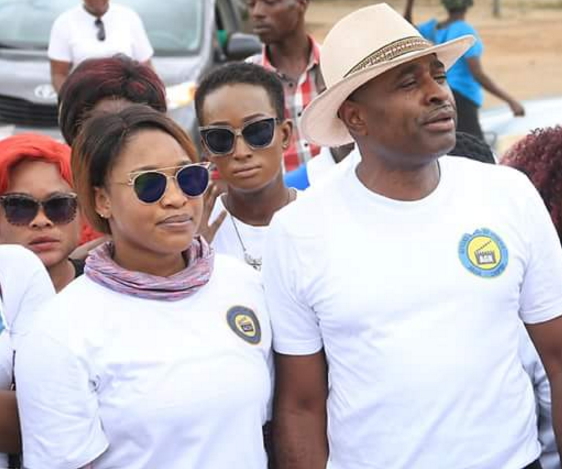 Nollywood Ambassadors Awards (NAA) International Initiative, says it will honour stakeholders who have contributed to the growth of the Nigerian movie industry at its maiden event scheduled for Sept. 29.

Mr Sunny-Ken Awoji, President of the Initiative, organisers of the award, made this known on Friday in Abuja.

“Nollywood has evolved to become a global brand, and it is time to celebrate our brand ambassadors for their immense contributions to the growth of a brand that has created jobs for many Nigerians.

According to Awoji, there are individuals and organisations, within and outside the Nigerian motion picture industry, popularly known as Nollywood, that have contributed toward its astronomical growth.

He said also that “anyone, across every sector, who have shown uncommon patriotism and contributed to the exponential growth of the film making industry to where it is today, is our worthy ambassador that deserves accolade.

“These worthy ambassadors of our great industry are worth celebrating,” he said.

Awoji explained that since the initiative was geared towards recognising both practitioners and supporters of the industry alike, the award has been classified into internal and external awards respectively.

“It is time to look beyond the industry and acknowledge those who have helped us thus far that is why the award is classified into internal and external awards.”

He added that the roll of honour cuts across over 20 categories, with recipients, picked from various field of human endeavours.

He added that the ‘internal category’ of the award include Best Guild President of the Year, Most Creative Director of the Year, Best Producer and the Best Director.

The Best Actors (Male and Female), ‘Kannywood Best Actor, and the Most Promising Actor, male and female respectively, would also be honoured among others.

According to him, the Federal Ministry of Information and other relevant government agencies such as the National Council for Arts and Culture and the Nigeria Film and Video Censors Board are also in support of the awards.

Awoji explained that the choice of the Federal Capital Territory (FCT) as venue for the awards was to represent unity and oneness of Nollywood.

“Nollywood cuts across the different states and tribes of Nigeria, therefore our centre of unity is the most appropriate place to host this prestigious event,” he said.

Sadiq Daba Has Cancer, He Is Not Dead: Nigerian Actor Battles Leukemia, Assures Fans He Is Ok
Dakore’s Brother, Timini Egbuson: I Go Naked To Pray When Life Gets Really Tough