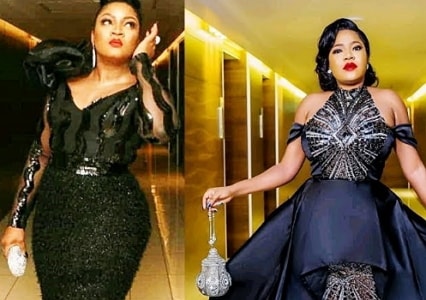 Eko Hotel convention center in VI Lagos was jam packed over the weekend as top celebrities from all over Africa converged for the 2018 edition of the 2018 Africa Magic Viewers Awards.

A top Nollywood insider said the celebrities were not nominated for the award so they decided to stay low.

Some of them congratulated the winners while others like Mercy Johnson, Funke Akindele refused to congratulate colleagues who made history at the award night.