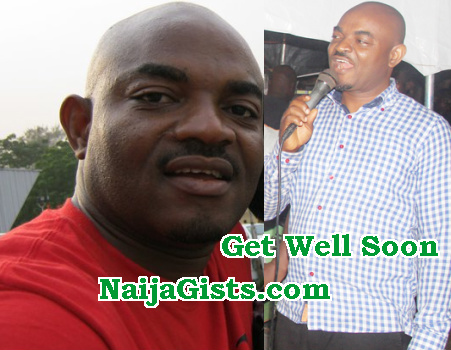 July 15,2017 – Nigerian Actor Emeka Rollas Runs To Warri Prophet For Healing After Surgery Carried Out In US Didn’t Fix His Problem

Nigerian actor Emeka Rollas, who was reported to have undergone a surgery in 2016, was recently spotted at the healing center of Prophet Jeremiah Omoto Fufeyin in Warri, Delta State.

In 2015, veteran actor, Ernest Asuzu had claimed that Fufeyin healed him of stroke. Now, Inside Nollywood learnt that Rollas, whose health condition worsened months back when he relapsed into coma after a major surgery in the United States, could also have taken his case to Prophet Fufeyin.

The source further disclosed that the actor spent over a week at Fufeyin’s church, seeking his permanent healing.‎