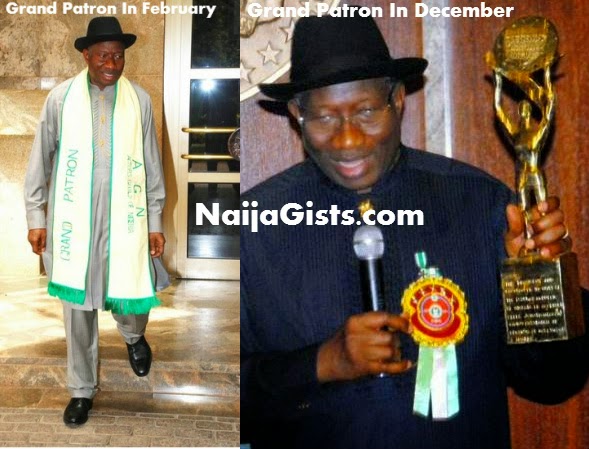 Less than 2 days after former Super Eagles captain Joseph Yobo reportedly received a lump sum amount of money to endorse Jonathan for 2nd term from his base in Turkey, Nollywood celebrities have made Jonathan their grand patron again.

On February 18, 2014, Nollywood delegates visited Jonathan in Aso rock where they installed him as their Grand Patron (See photos here)

Again on December 23rd, another set of delegates visited Oga Jonathan in Aso Rock and made him their grand patron again..Ridiculous!!. See photos below 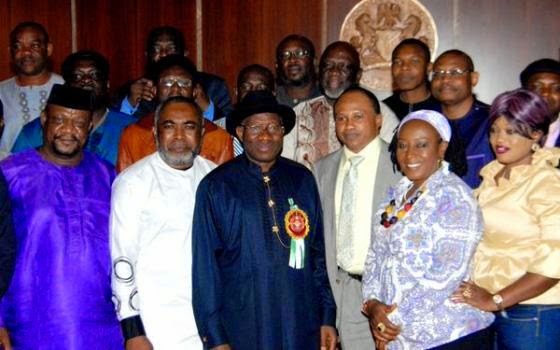 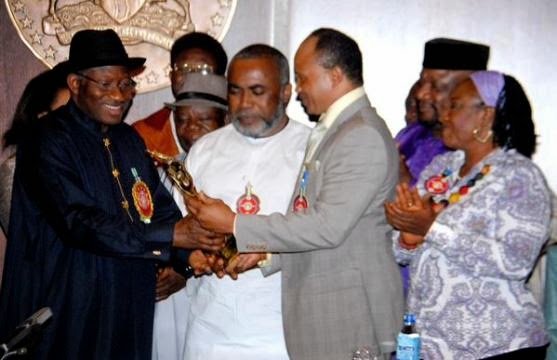 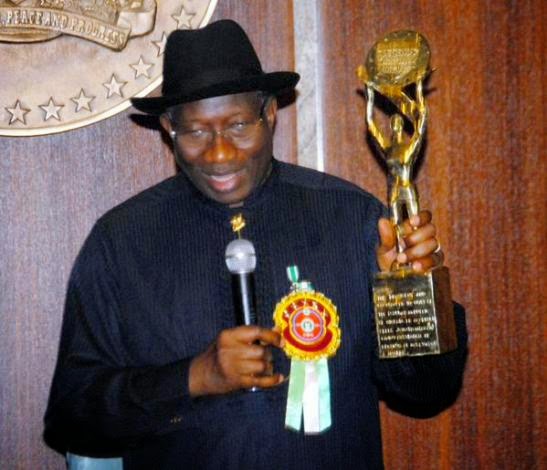 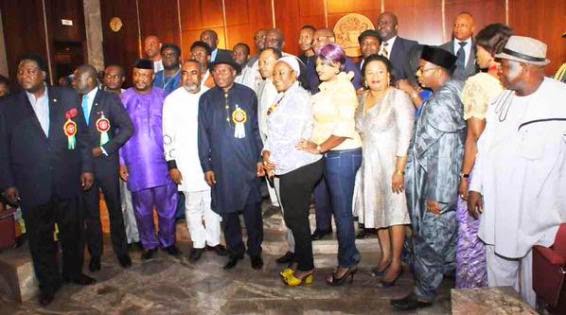 All in the name of getting their own portion of the national cake.. Nawa oooo these celebrities will do anything for money.