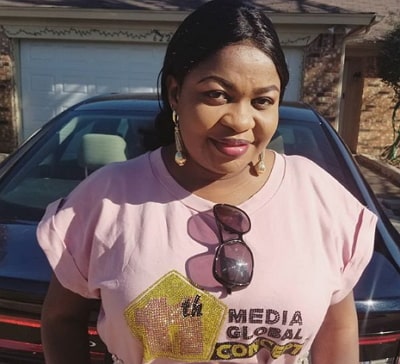 The US-based actress said YouTube is currently being besieged by pirates.

Here is how she called on her colleagues and fans to support her in fight against YouTube Piracy.

“My take on YouTube Piracy. I have noticed that our movies no longer have values on Youtube because of some bad stations. We are not done with DVD piracy which has disorganized the industry yet you bring it on the only platform we depend on for now. whereby you put old movies which you never paid for and use a new pix we post on IG and even use the titles of the trending movies then also put an old film as part 2 for a trending movie.”

Using her new movie as a sample, “My recent movie WICKED SOUL is on Apata tv, but any mistake of pressing the title you will see like 4films with the same title and picture of the same cast. This is not encouraging because even YouTube tend to be giving advert to all d bad movies because they have about 200stations both for Yoruba and English Movies,” she explained.

“Please let’s keep flagging them if we can or repost if you are affected. This must stop. The Bad stations I have noticed so far #Yorubamovies, #yorubamovies247 #yorubacinema, #Yorubastyles #Tiwantiwa #yorubabesttv, #Newyorubamovies2018 #Let Nollywood artistes eat the fruit of their labour.”

“We spend our hard-earned money to produce our movies and we do a lot of promos to keep our titles #Stop diminishing us #Stop misrepresenting us. let’s live our life.”