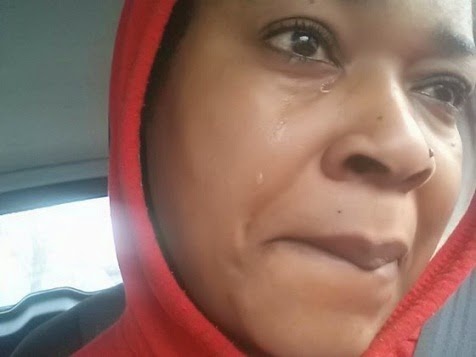 She is the producer of Destructive Instincts that went viral last year.

While others expect her to be swimming in money by now, the reverse is the case for the controversial actress.

The mother of two is now soliciting for money from fans to pay for her daughter’s tuition fee.

Her financial problem has gone beyond begging. She has now opened a site titled “Help A Single Mother” to raise $9000 to enable her pay her daughter’s tuition.

Hear what the actress said about her financial trouble:

“I am a single mother of 2 well behaved, inteligent, smart girls. Moved from Africa in 2005 to join their father who abandoned us after one year of living together. Since then I’ve been struggling on my own without support from any particular person exept some friends that help out sometimes. I am not on wlefare, dont get child support and not on unemployment. I highly talented, I write songs and scripts, edit, produce and even direct. All I need is an opprtunity to be discovered

I’ve done so many different jobs to sustain us but no matter what I do, it seems like I haven’t even started. So I went back into showbiz which is what I was doing b4 I migrated, acted and produced my own movie, after investing all my money with the hope I could get a turn over before my frist daughter’s time for college, I was messed up by the partners I trusted, Movie was released since January, up until now, not even a dime from the Distributors I handed over in Africa. Now my Daughter has been Accepted into college, I am going crazy trying to fit the bills, rent, tuition and all other expenses. Please help me now that I am still alive before I lose it.
Thank you and God bless.”