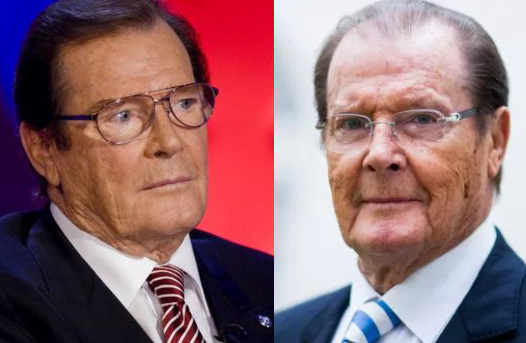 Popular Hollywood actor Roger Moore, who played James Bond in the 007 movie series, must be immortalized by naming important places after him.

Veteran artist Jide Kosoko, other actors and some fans of the deceased suggested this on Wednesday while reacting to his death that occurred on Tuesday.

Jide Kosoko, a veteran actor, reacting to the death of Roger Moore, advised other actors to emulate the contributions and professionalism of Bond to the movie industry and the entire world.

Kosoko said that the actor should be immortalised for his role in bringing the movie-industry into limelight.

According to him, the death of Roger Moore is a great loss to the industry, especially, now that the experiences of such great icons were needed by budding actors to help build a better society.

“Everyone will die; but what we asking for is a life long enough to empty the store of gifts and talents in us.

“James Bond was a very popular figure not just in the entertainment industry but also in humanitarian services.’’

Kosoko advised up-and-coming artists and those in showbiz to add value to the society by taking a clue from Bond’s philanthropic gestures.

Another actor, Charles Awurum, said that Roger Moore lived a great and enviable life by using his influence and reputation to fight for children all over the world through the UNICEF platform.

Awurum said that the legend should be celebrated and immortalised by the entertainment world for his contributions to the movie-industry, especially, the popular “James Bond” movie series.

“He is one of the first actors we watched on the television channels while growing up and over time encouraged most of the present-day-actors to go into acting.

“I hope the world honours him in the right capacity so that others can pursue same dream of becoming renowned personalities in this business of ours.

“If that is done, we will be encouraged and know that our dreams of taking up the acting career will be realized over time,’’ he said.

Also, Tony Okuyeme, another actor, said that Roger Moore was an actor with an extraordinary talent.

“Many people will miss him and his acting skills. He was always adding new things to his films. I like watching his films and some artistes emulated him.

“He was what you will call a natural talent. His comic way of doing things while on set was amazing.

“Hollywood and the whole world will miss him,’’ he said

A teacher and a fan of Roger Moore, Mr George Olufemi, said that the deceased would be greatly missed because of his contributions to the sector while alive.

“Moore is smooth when it comes to representing the spying character that James Bond depicts. He was really good with females but was equally dangerous around enemies.

“I feel sad that he had gone to the world beyond but I thank God that he lived long and left a great mark in the movie industry, ” Olufemi said.

To Mr John Alade, a businessman, Roger Moore highly increased the audience of the “007’’ movie series which invariably popularised the movie and earned it more profit.

“It was because of Moore’s acting prowess that I became a fan of the James Bond’s series. Moore always had a way of thrilling his audience as the movie progressed, ” he said.

An artist, Dele Afowodu, also expressed grief over the death of Moore.

He said that Roger Moore’s death came as a shock to him because the deceased was still looking ‘hale and hearty’ in the films where he featured.

Afowodu, however, expressed his condolences to his family and fans all over the world and thanked God that he left a positive mark in the entertainment industry.

Continue Reading
You may also like...
Related Topics:immortalization, nollywood