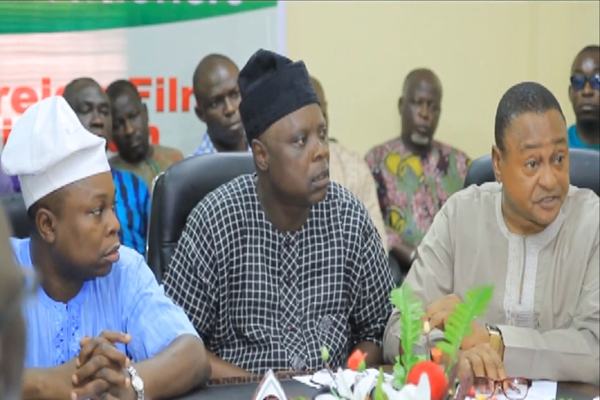 Veteran filmmakers and marketers gathered on Wednesday to condemn the current trend in Nigeria where some Chinese and Indian films are being re-voiced in Hausa and Yoruba languages.

The stakeholders under the umbrella of Conference of Indigenous Language Films alleged that if the trend is not curtailed, it will put several actors out of work and the Chinese might institutionalize their culture at the expense of Nigeria.

President of TAMPAN, Dele Odule urged Culture and Information Minister, Lai Mohammed to wade into the matter by stopping the movie. 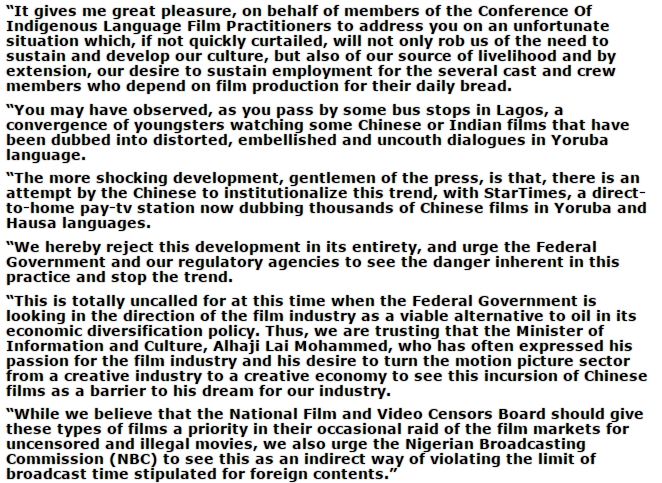 Have you watched a Chinese movie re-voiced in Yoruba language before? Do you hear how awkward it sounds? The concept lacks originality.