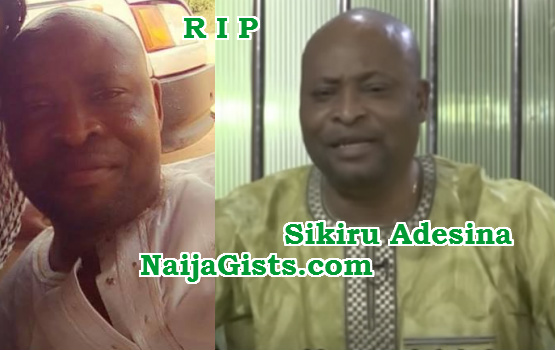 He reportedly suffered a massive heart attack and was pronounced dead at an undisclosed hospital on Monday around 3:15pm.

The source who hinted NaijaGists.com late last night said the actor will be laid to rest in his home town in Osogbo.

They are in the process of bringing his remains back home.

Mr Adesina left Nollywood last year to focus on Fuji music and has been playing at different functions across Nigeria since.