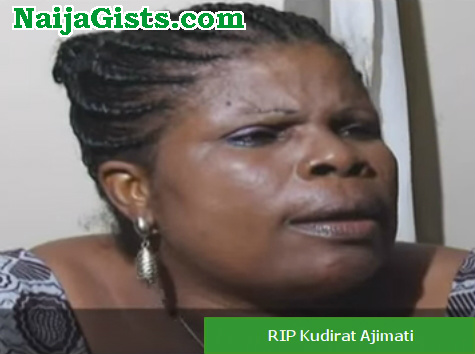 Popular Yoruba actress Kudirat Ajimati aka Ajimat reportedly died in her sleep at her family house in Abeokuta on Tuesday the 15th of November 2016.

The Nollywood source NaijaGists.com spoke with last night said family members of the actress are yet to officially release details of her death but the information at our disposal is that she didn’t wake up from her sleep on Tuesday morning.

She reportedly complained of mild body ache the night before her death but instead of seeking medical help, she reportedly used over the counter pain killer.

May her gentle soul rest in peace.