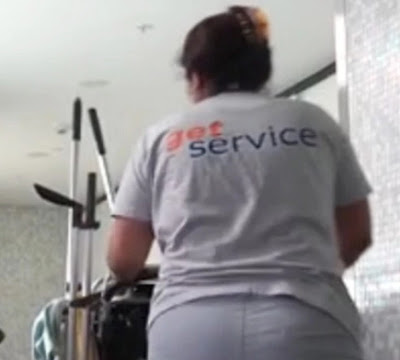 An unidentified Nigerian woman has been arrested for allegedly dumping her baby inside a garbage bin at Vienna Int’l Airport in Austria.

The 27-year-old suspect was heading to Washington DC from Belarus and in a bid to catch up with her flight, she reportedly killed her newborn baby and dumped her in a toilet bin before returning to the waiting area.

She was caught after a cleaner who saw the baby tied in a plastic bag dumped inside the toilet bin notified the officials of the airport who later called police to the scene.

The mother from hell was later found sleeping in the waiting area of the airport around 2am on Tuesday covered in blood.

She reportedly told police she thought the baby was stillborn when reports revealed that the newborn actually died in hospital.

An autopsy is currently being conducted to ascertain the manner in which the infant died.