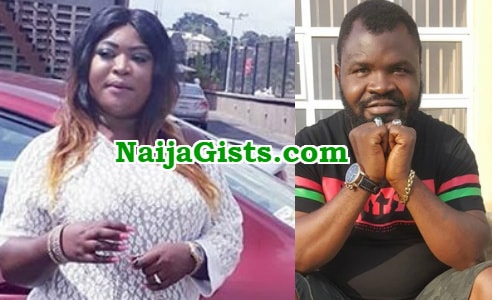 Popular Yoruba Actress, Ogunsakin Oluwatayo Jane Popularly Known as Brown Sugar who has featured in several Yoruba movies is rumored to be in a secret relationship with Abuja comedian, Amb. Wahala.

According to a close friend to the actress, the actress got introduced to Amb. Wahala by Muyiwa Ademola at Gbenga Adeyinka’s laff mattaz in Ibadan, they have been rumored to be spotted together in several events after then.

The friend also revealed that Gbenga Adeyinka, Peteru, Omo Baba and many others are aware of the relationship and the actress is currently pregnant for Amb. Wahala