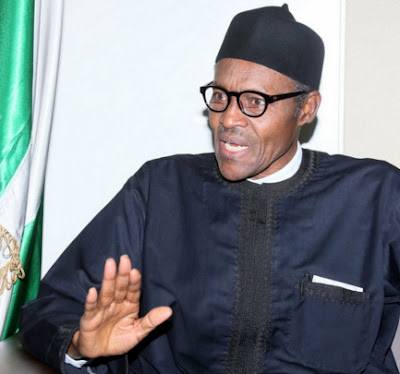 CHANGE is when you are comfortable with 16 years of LOOTOCRACY and all of a sudden you are unable to exercise patient with few months of PMB ascendancy.

Those looters with gullible Nigerians would never see anything good in PMB anti-corruption fight because to them stealing can never be regarded as corruption, forgetting that the era of lootocracy/ squandermania with unending impunity is gradually coming to an end.

What a gut by these minded criminals? They looted our collected patrimony dried to crescendo red alert despite selling crude oil at N147 per barrel yet instead of sympathising with a honest man due to the collapse of crude oil price at international market and orchestrated corruption perpetuated by the same individuals, the least they could do is exposing their ignorance. I am personally blaming PMB on this one for following the rule of law in recovery our looted money, it is high time he off his Agbada and put on his military Kaki for the humongous task ahead.

According to Agbero turned Kakabu Governor of Ekiti State Ayo Fayose “even if Jonathan rigged the Presidential Election heaven would not fall and people would only talk and complain” though when his advice was rejected he later referred to Jonathan as a stupid man. I urge PMB to look into Fayose’s line of thoughts, who knows they might be sense in it after all.

Though, I am not Ayo Fayose but here is my humble advise for Mr. President, even if you jailed all the opposition in Nigeria within your first-four year in office and a dollar equal N1000, Nigerians in their millions will still vote for you come 2019 if you decided to present yourself to Nigeria once more, moreover those crying woe to high heaven never voted for you in the first place, thank God you are aware of this single fact even though you now belong to no body but to all.

It is interesting to note that Baba Buhari remains the opium of the masses and can never be wrong in whatever he does, because to us he will forever be Mr. Integrity. All the hullabalo and media balbadash we know where there are coming from. Whereas, in democracy minority would have their say but majority would always have their way.

PMB is aware of the challenges before Nigeria as a Nation, yes we may want all the problems solved at a glance of Mr. President but this may take time. We all know how deadly corruption is and the only man who is not afraid to confront it head-on is PMB but what did we see those controlling the media and print are uneasy with this because they benefited immensely from the ill-gotten wealth at the detriment of Nigerians.

We should know that every life lost through arm robbery, kidnapping, prostitution and child trafficking, cultism, vandalism, terrorism and every other social vices was as a result of action and inaction of these corrupt-individuals who placed tribal-sentiment, religious inclination and regional outlook above merit and competency.

To them Nigeria remains their personal vineyard to be abused profusely, while the unemployed graduates can roam the entire streets of Nigeria for all they cares but their children schooled abroad, come back to take the best job in the land with the life of affluence.

Nigerians are not fools except the gullible, these people have acquired so much wealth that they can afford to wreck so much havoc on Nigerians as exemplified by the strike action of PENGASSAN and NUPENG in the last few days. It is a known fact the CORRUPTION resides in NNPC, the mainstream of our economy and just because PMB has taken his hammer there with restructuring, the cabal are plunging the entire nation into darkness.

You and I are the government as you are too enlightened to differentiate between good and evil.