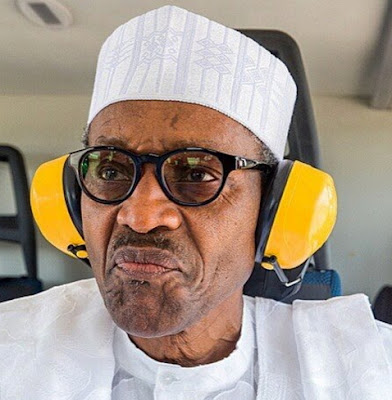 We want to sincerely appreciate Mr. President for meticulously placing Nigeria on a right track in line with his anti-corruption crusade. The PDP led-government that destroyed our collective patrimony and instituted corruption with high level of impunity is no longer relevance in today scheme of things.

Yes the government of the day claimed to have recovered so much monies from the proceeds of the looted fund and Treasury Single Account (TSA) in the last few months yet with the blame game publicly orchestrated by the National Assembly in the name of figure- discrepancy or God knows what? continue with the hope of the Nigerian youth gradually being eroded or relegated to the back seat as each day passes-by to no avail. To him his hope is anchored on the passing of the budget for any meaningful engagement in the system but he or she is asked to wait for a little longer since N5,000.00. monthly stipends promised the vulnerable unemployed Nigerians during the election could not be attained at the moment.

It is time the Federal Government through the Office of Labour and Productivity in conjunction with National Identity Management Commission (NIMC) start compiling the list of unemployed eligible Nigerians both merited for formal and informal sectors. No minister must wait for PMB to do the thinking for him and if he or she has nothing to offer, we would practically help Mr. President to prepare his sack letter, as nine (9) months in the life of Nigeria where every Nigerian is a government to himself in terms of providing security, water, health, electricity and so on could not be regarded as no small time to be wasted for waiting for policy direction from the presidency where each body concerned ought to be up and doing.

The majority of the Nigerian youths have exhibited high level of moral decorum and patience in the face of hardship over the years but the politicians preaching Change and patience had never forfeited their allowance for once as sacrifice talk less of reducing it despite the crippling economy. We challenge anybody be it in APC or PDP that they are only there to service their pocket and answer their father’s name, as their action and inaction clearly demonstrate that the Nigerian youth are the real looser in this fight. With their looted or illicit fund they mortgage the future of our youth through violence and other social vices that could guarantee and protect their empire.

However, in all of these we want to still believe President Muhammadu Buhari is for Nigeria and the National Assembly members whom President Obasanjo branded as corrupt-criminals are the real enemy of Nigeria, not minding their online media advocacy towards the down trodden. Or if we may ask, is Senate President Senator Abubakar Bukola Saraki a wheel in the clock of PMB’s progressive Agenda? Despite the collapse of the Nigerian economy following the dwindling oil price at the International market, the luxurious lifestyle of our executives, judiciary and legislators remained constant with penchant for more. So heartless that they have milked Nigerian economy to the tune of billions of Naira without doing nothing other than recess upon recess.

Nigerian youth sent PDP and their agents packing not only because of their cluelessness but because of the institutional corruption with unending- impunity. It is on record that the Nigerian youth voted overwhelmingly for PMB because they believed he is the only man with the poor at heart not minding whose ox is gored when it comes to discipline and fighting corruption head-on, but it all seems the honey moon might be over before he even settled down for the actual work of governance. The frustration in the land is that of injustice against the Nigerian youth, corruption has denied them so much more that no further excuse as to further delay their destiny in a government they willingly invested their emotional intelligence in the name of Change could no longer be tolerated forthwith.

Let us not forget in a hurry that many in the National Assembly especially those of the APC ride on the crest of President Muhammadu Buhari to get there only to show us their true colour through betray and treacherous act amounting to undermining the Change mantra being preached.

On this final note, we appeal to his Excellency President Muhammadu Buhari to urgently address the unemployment challenges in no distant time with or without budget, as nine months of wait and patience for the Nigerian youth have turned those in government who preaches Changes into millionaire, a paradox that can never be accepted in whatever standard or imagination of some sort.